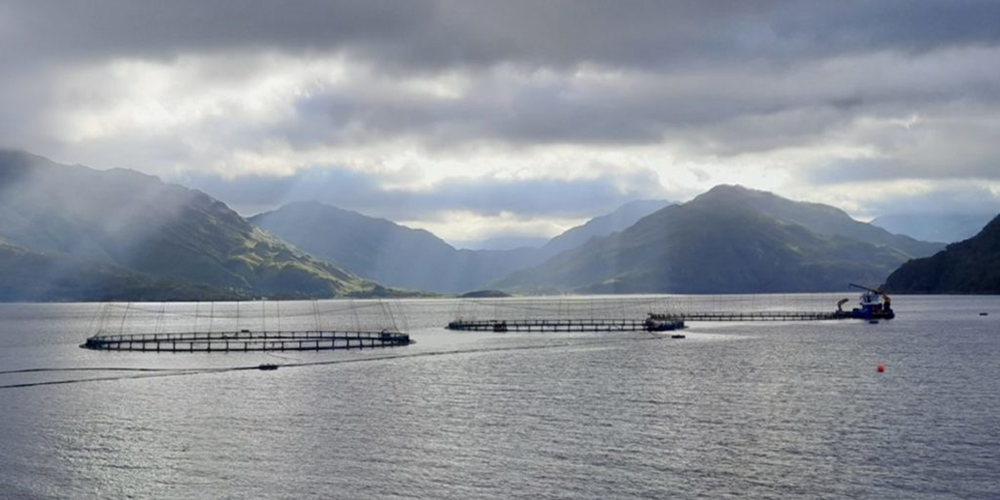 Mowi's salmon farm at Loch Hourn, Scotland, the United Kingdom, has become the latest site to successfully transition to new larger pens with the installation of 7 x 160m pens, which have replaced 12 x 120m pens, Mowi Scotland announced this month.

While more commonplace in Norway, the larger pens are already being successfully used at several of Mowi's farms in Scotland.

According to Mowi, there are many advantages of using larger pens, including:

Speaking about the transition to larger pens, Stephen MacIntyre, head of environment, said: "The salmon farm at Loch Hourn has been well established for 30 years. In that time, it has been a successful operation from an economic, environmental and social viewpoint. Mowi's investment in this new larger pen and net technology will ensure that the farm continues to be successful in the future as fish farming in Scotland evolves."

Larger 160m pens have been widely used in Norway since the early 1990s and this year, Mowi Scotland has been sending cohorts of staff from farms here who are making that transition to larger pens like Loch Hourn to learn from their Norwegian counterparts. Some of the team from Loch Hourn took part in this knowledge exchange.

Farm manager Alex Harvey said: "Two of our staff went on an information exchange visit to Norway. The knowledge they gained there and the guidance we received from Roar Paulsen, our production director, helped us understand how best to prepare the pens for smolt arrival. One key element of which was how to present feed to a larger number of smolts. I'm delighted to say this has given the fish the best possible start, feed uptake has been tremendous and has given us a very encouraging start to the cycle."