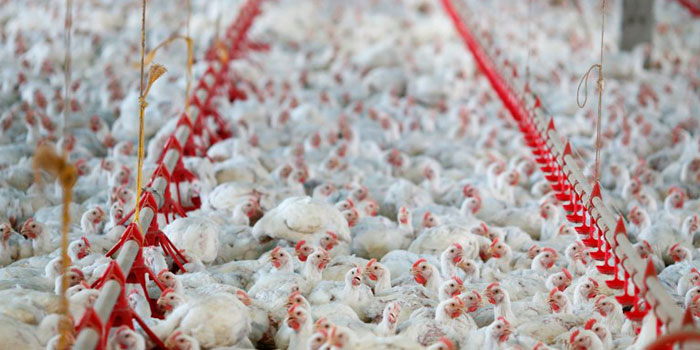 Antibiotic growth promoters (AGP's) have a positive effect on growth. That is a fact. We all know that, and we know why using them for this purpose is not a sustainable option. One of the main competitive advantages one can have in the animal nutrition industry is to excel in these performance indicators such as growth. ProPhorce™ SR is our prime candidate to positively impact performance. But have you ever wondered which would come out as a winner when compared head-to-head? You can find the answer in this trial, made by the scientists at the Southern Poultry Feed & Research institute in Georgia, as it evaluates the effects of ProPhorce™ SR 130 compared to AGP's on broiler performance.

The rules of the game

In this trial, 1,350 broilers were divided into three groups:
• T1 was the negative control group (NC)
• T2 was treated with tributyrins (ProPhorce™ SR)
• T3 was treated with AGP's
The scientists evaluated animal performance by measuring both the birds' body weight and the consumed feed at the end of each feeding period (days 16, 33, and 49).

And the results are in!

The groups which received ProPhorce™ SR and AGP's performed better than the negative control group. The birds in the NC group had considerably lower body weight while their Feed Conversion Ratio was much higher. Another result is the hardly noticeable difference between the performance of the birds treated with tributyrin and with AGP's. The animals who received AGP's grew a little bigger with just a slightly lower FCR than the birds who were fed ProPhorce™ SR 130. 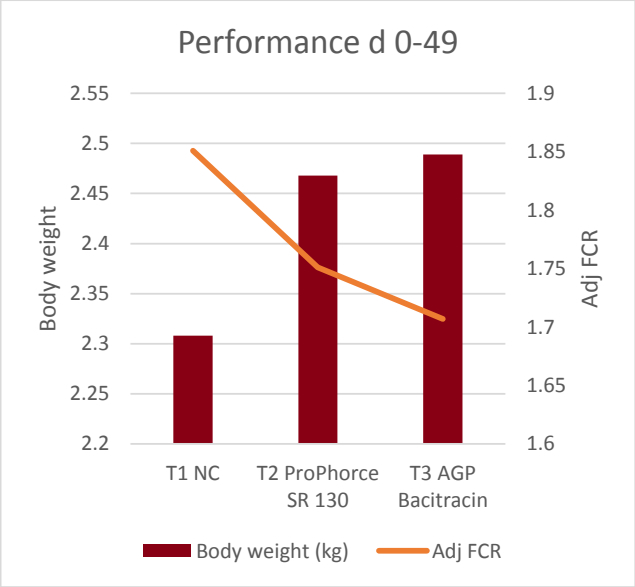 Do we have a winner?

Based on the findings, it is essentially a draw since ProPhorce™ SR 130 and AGP's have nearly the same effect on broiler performance. The answer might seem neutral, but when looking at it from the livestock industry's perspective, the overall outcome of this trial is rather promising. In this clear showdown, tributyrins offered nearly the same improvements in the birds' performance as AGP's did. Additionally, it challenges the general expectation of having reduced performance in livestock as a consequence of the removal of AGP's. With good management and the right tools, it is possible to maintain similar results as with AGP's but in more responsible and sustainable animal production.

Want to learn more about ProPhorce™ SR, the study, and its results? Contact Perstorp via animal.nutrition@perstorp.com

Article made possible through the contribution of Perstorp