The 33rd edition of SPACE which took place from September 10-13, 2019 at the Rennes Exhibition Centre in France, was a great success and boasted a cheerful and positive atmosphere, according to the organisers in a press statement. 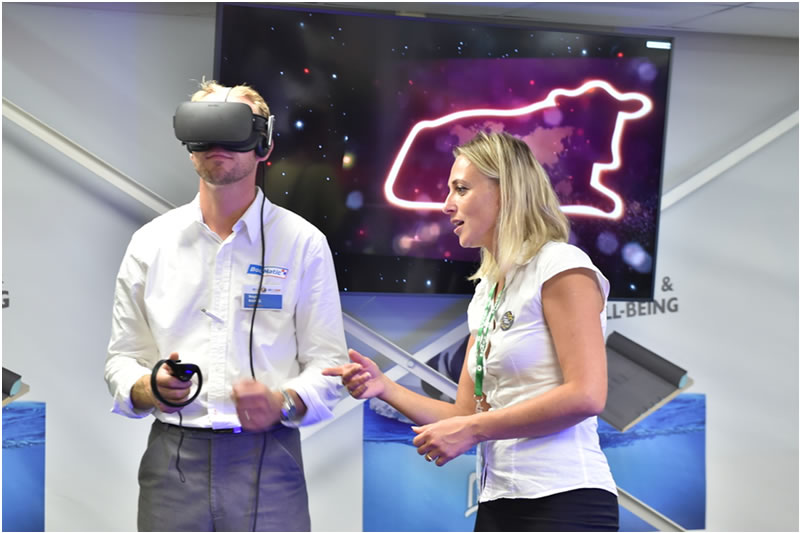 All the participants came in "project mode" to partake in the four days of "Planet Livestock". This was a sign of the relatively stable economic situation of the livestock sectors, thanks to a slightly more favourable business climate. Livestock farmers working in all types of animal production were able to enjoy the Expo, which is aligned with the image they have of their profession as a constructive, 21st-century sector.

SPACE 2019 brought together 1,400 exhibitors from 42 countries, and 105,318 visitors, including 14,706 international visitors from 122 countries. The international attendance, up 2%, reflects the global dimension of the latest edition. The Expo was marked by the participation of many delegations who came to the great livestock region of Western France to find information on developing animal production in their countries: Russia with its national agency for the development of organic agriculture; China, with a delegation led by the Vice-Governor of Shandong Province; Kazakhstan with its Vice-Minister of Agriculture and its Ambassador to France; and many more. It is also important to point out the participation of many delegations from Africa, the continent in the spotlight this year. Senegal, Cameroon, Nigeria, Mali, Guinea Conakry and Côte d'Ivoire all came to SPACE with very specific objectives of promoting livestock development in their countries.

This edition was also dedicated to the climate. Farmers are already largely engaged in efforts to combat climate change, and this was clearly demonstrated at the Espace for the Future, with its theme "Climate-Friendly Practices and Technologies". A wide range of pragmatic and financially viable solutions for greenhouse gas reduction, energy production and energy efficient systems in livestock buildings were presented at the Espace for the Future.

All these themes were addressed in depth at the nearly one hundred conferences and debates on the agenda this year. The full and varied programme makes SPACE a unique venue for sharing knowledge geared towards promoting and developing agriculture.

The animal presentations were also highly successful this year, with 560 cattle (out of 1,500 candidates) of 13 different breeds, and 180 sheep. Thanks to the variety of breeds presented, SPACE was able to promote genetics at the national and international levels by showcasing these animals and their breeders. The breeds in the spotlight were Salers for beef breeds, and Pie Rouge for dairy breeds. For the first time, SPACE organised a European Pie Rouge Challenge, with 45 elite animals from France, Belgium and Germany. The Genomic Elite auction, the only one in Europe with 31 lots of seven different breeds, including the Limousine breed returning this year, was also very popular. The highest bid was 8,600 euros (~US$9,504). The 33rd SPACE organisers were also happy to announce an exciting European Prim'Holstein challenge coming in 2022.

The official visit in the presence of Didier Guillaume, Minister of Agriculture and Food, as well as Loïg Chesnais-Girard, President of the Brittany Region, provided an opportunity for various stakeholders in the livestock sector to express their expectations regarding the future orientations of France's agriculture, which is going through a period of transition. During the four-day event, SPACE facilitated interactions and networking in its mission to help farmers cope with the changes occurring in its livestock sectors.

SPACE also opened its doors to aquaculture this year by organising two conferences on the topic, as well as a tour of a fish farm, and by clearly identifying companies offering solutions for this sector. Given the success of this initiative, a special area featuring stands dedicated to fish farming will be set up at SPACE 2020, which will take place from September 15-18.