Waiting to pounce on world stage, Surapon now bids its time in Thailand
An eFeedLink Exclusive

Innovation and adaptability to the market is one of the tenets at Surapon Foods as it strives to carve out a big slice of Thailand's frozen foods export market.

Surapon Foods has had a knack for setting new trends in its 30 years in business. This year, they revealed a THB 1 billion project while struggling with Thailand's stronger currency and rising material costs.

Surapon has been one of the leading manufacturers and exporters of frozen seafood in Thailand for over 25 years. In 1989, the company became one of the first frozen food companies listed on the Stock Exchange of Thailand. The company currently has five facilities in various provinces.

Ms. Ying Wongwattanaroj, the Marketing Manager of Surapon Foods Public Company Limited. (SSF) said challenges facing Surapon have changed in the past few years. One of these came from the stronger Thai baht while the other came from the need to innovate to suit consumer taste and preference.

For the latter, the company switched its product offerings from frozen seafood to processed foods such as ready-to-eat meals to adapt.

By the end of this year, frozen fresh food could make up half of the company's sales, taking production to a new level.

Despite having a Global Marketing department to manage the international markets in the US, Europe and Asia-Pacific, the company, a relative new-comer in this sector compared to its foreign competitors, finds the market tough-going and hugely competitive.

Still, like a legion of Thai food companies, the company is hoping to gain a larger slice  of the THB 18 billion (US$520 million) pie that makes up the market for Thai frozen foods exports.

On the domestic front, Surapon supplies 80 percent of its products to retail outlets and the rest to food service outlets such as restaurants.

Surapon's products has been successful in both the local and international markets even though its prices can be 15-20 percent higher than the competition. In the US, its premium products cost 25 percent more than similar products from competitors.

One reason for the strength of its products lies in the rising popularity of Thai cuisine abroad.

Higher preference for Thai food is expected to boost the company's export sales, as three in four Thai restaurants worldwide are using products from the company, Surapon claimed.

The company's revenue is at around THB 5 â€“ 6 billion per year and it could be looking at THB 2.5 billion in profit (US$72.2 million), Wongwattanaroj said.

However, the shortage of raw ingredient supply is preventing the company from taking off, Wongwattanaroj said. Also, it will take time for foreigners to adapt to the company's new offerings and unique taste.

The company estimates this would have to take about three years, after which the company could launch other instant foods for the international market, she said.

However, investors in the company could not be waiting for three years to reap the dividends from their investments, which is why the company continued to expand facilities meanwhile, such as its THB 1 billion (US$29 million ) processing plant so as to look into further avenues of growth.

Surapon is also gearing up to beat the competition by upgrading machines at three of its five factories.

The company also found that it had to be doubly competitive due to its higher prices they set for their products. Still, the company is able to justify its high priced products as sales and profits have been good, she said.

While awaiting the foreign markets to take a liking to their products, the company shall exercise money discipline and improve on domestic factors such as improving the quality of its factories, management and workforce,  Wongwattanaroj said. 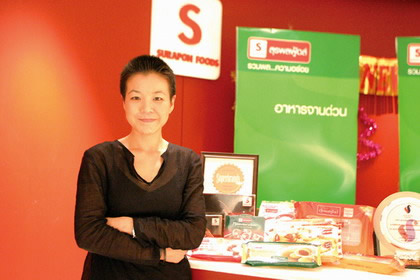 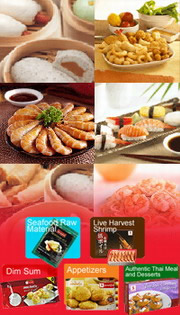 Offerings from Surapon Foods
All rights reserved. No part of the report may be reproduced without permission from eFeedLink.
Video >
Technical Paper >
Nutrigenomics in livestock - recent advances
The study of the effects of nutrients on genome functioning, in terms of gene transcription, protein levels, and epigenetic mechanisms, is referred to as nutrigenomics. Nutrigenomi ...
Stability, predictability and bioavailability of trace mineral source in the dairy cattle ration - Insights from animal nutrition research
Selko, the Feed Additives brand of Trouw Nutrition, is sharing research exploring the use of different trace mineral sources, mineral absorption and bioavailability when used in da ...
Nutrient utilization for sustainable beef production
In beef cattle production, requirement of feed to produce kg of beef is higher than other species, so considering more effective nutrient utilization is key for sustainability. Als ...