How the innovative split-feeding system can improve broiler breeder performance

How the innovative split-feeding system can improve broiler breeder performance 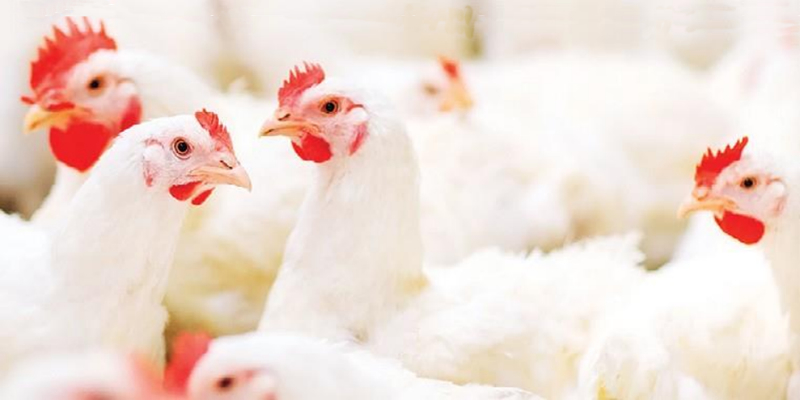 This feed is rapidly consumed; therefore, the hens fast for an extended period of time before their next feeding and on top of that the conventional feeding method doesn't take into account of the nutrient needs of the hens according the stage of the egg formation.

Hens produce the majority of their eggs in the morning (Etches, 1986, Leeson and Summers, 1978, and Larbier and Leclercq, 1992). The interval between two successive ovipositions in a cycle is between 24 and 26 hours (Keshavarz, 1998). After each oviposition, the subsequent ovulation occurs about 30 minutes later. The egg white (albumen) is formed within the first four hours. After that time, shell is deposited around the albumen within the next 20 hours (Larbier and Leclercq, 1992). Shell formation mainly takes place during the evening and the night. As a result, hens have higher protein and energy requirements during the morning and a higher calcium requirement from the evening onwards. Phosphorus is also required during the morning, as it is needed for the reabsorption of calcium for the remodelling of the medullary bone resources used during the night to form the eggshell. This suggests that hens will use energy, protein, calcium and phosphorus more efficiently if they consume them at specific periods during the day, when the requirements are at their highest. Therefore, the current practice of providing hens with one diet that has a uniform composition might not be the ideal approach for the optimal utilization of nutrients.

Birds' intake of protein and energy nutrients is higher in the morning when the egg yolk is produced, while calcium intake increases later in the day.

When birds are offered diets that allow self-selection of nutrients, an increase and energy intake in the morning has been observed around peak of egg production. Calcium intake is higher later in the day.

In a study of Chah (1972), where hens were offered diets that allow self-selection of nutrients, the total daily protein, energy and calcium intake were respectively 11%, 8% and 26% lower, compared to hens fed a normal diet.

These research insights inspired Trouw Nutrition scientists to adapt feeding programs so birds receive different nutrients at different times of day – energy, protein and phosphorous to support egg-laying production in the morning, and nutrients to support eggshell formation in the afternoon.

A series of research centre studies involving more than 2,800 broiler breeders compared performance parameters of hens fed a regular broiler breeder diet to hens receiving a split-feeding programme in the morning and afternoon.

The split-feeding programme was designed to provide a more accurate nutrient supply, according to the egg formation need of breeders. 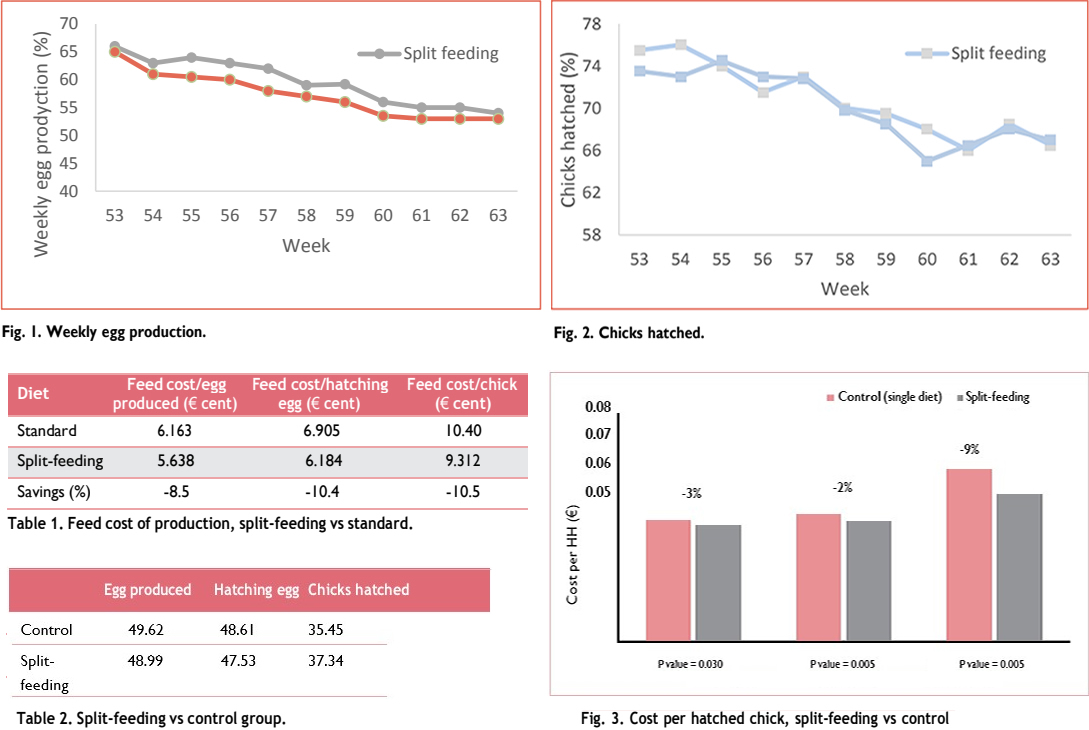 Research centre results were further confirmed by three concept tests of split-feeding programmes on commercial farms. Farm studies at SADA company were conducted between May 2015 and November 2018, involving 122,600 breeders (Ross/Cobb).

Broiler breeder farms using the new feeding system would be required to have two silos per house because of two different diet, but the financial savings afforded by the model would offset any initial outlay for producers needing to purchase additional silos. The feed formulas need to be adapted for local circumstances to achieve the best zootechnical and economical performance.