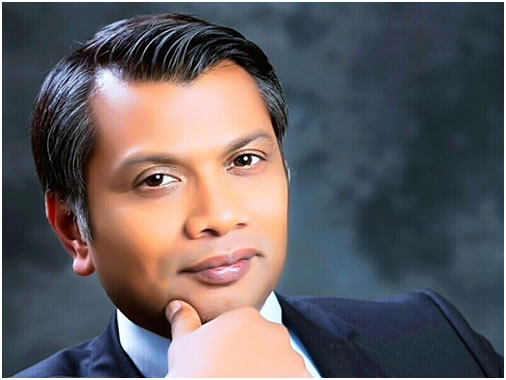 Raymond Sinnah, president of Novabay
Novacap has come a long way since it started production of sodium bicarbonate in 1970. Today, the company has expanded into one of Europe's largest suppliers of the chemical compound.
Among the many key indicators of Novacap's success, one of the most prominent milestones dates back to when the biopharmaceutical giant opened Novabay, its first subsidiary plant in Singapore, in July 2017.
Threading different industries, Novabay's progress is ultimately guided by two key strategies: expanding its plant's capacity progressively and; innovating technology to deliver the best quality products to the market.
"Right now, we are targeting the premium segments in Europe as well as in Asia, which includes, to some extent, the animal feed sector, depending on the country," Raymond Sinnah, president of Novabay, shares during an interview with LIVESTOCK & FEED Business.
Building a brand, building recognition
While sodium bicarbonate is an exceptional feed additive in the sector, Novacap is determined to change the general perception of its application.
According to Sinnah, the company's approach emphasises heavily on direct marketing with farmers, who are direct users of the product.
"Through specific events held annually in Europe, Novacap will invite farmers and explain to them about sodium bicarbonate. The best way to convince and educate the market and to help them understand is through a more hands-on approach with a personal touch," he reasons.
He adds that since each farmer has a specific recipe for feed mix - and depending on the type of species (for example, dairy and beef ruminants or poultry) - direct marketing is a more holistic method to help farmers learn more about sodium bicarbonate.
When it comes to partnering a distributor,Novabay is precise about who it works withand strongly believes in collaborating withspecialist distributors instead of generalistdistributors.
"Normally, we have one key distributor in each sector for each country. We prefer building long-term partnership with one specialist distributor who knows the market and customers well, understand the capability of the supply chain and possess the technical support, in order to take the time to properly penetrate the targeted market," Sinnah says.
Distinction in quality
However, as Novabay expands its product application in the feed sector, increasingly stiff competitions, especially in Asia, are inevitable.
"This is where we have to differentiate ourselves in terms of quality and service. It is very competitive in Asia because of other producers. But, most producers are using bicarbonate originated from "trona-based soda ash," which contains a lot of impurities. This is not good for animal nutrition," Sinnah points out.
He explains that Novabay uses a combination of highly purified soda ash made internally and the purest form of carbon dioxide, which is processed through an advanced process, resulting in a high-quality formula of sodium bicarbonate.
"Moreover, global market trends are rapidly shifting due to the evolution of regulations and rising consumer expectations," he adds.
"Our customers, not just in Europe, but also other countries such as China, South Korea and Indonesia, who are large market players, are directing theirfocus on the quality of the products. This is why Novabay positions itself on the high-quality end of the spectrum."
Accomplishing goals with a plan
For almost 15 years, Novacap has achieved all of its milestones through both innovative and traditional methods, and meticulous trend analysis and strategic planning.
Its Singapore plant, Novabay, which commenced operations in the middle of 2017, was designed for a production capacity of 70,000 tonnes. But, just one year later, Novabay is already close to its saturation point.
"Sodium bicarbonate is a very sustainableproduct in Novabay's business. We have anunlimited supply of soda ash around the world coupled with a good partner in Singapore that supplies the highest purity of CO2. Additionally, the residues produced from the production process of sodium bicarbonate can, in fact, be recycled by water treatment and incineration plants to help neutralise the pH," Sinnah explains.
Novabay is driven to continue expanding thecapacity of its plant to its fullest potential, while also focusing on premium segments such as dialysis, pharmaceutical, personal care, food and feed in some countries.
"The time frame we have given ourselves to accomplish our subsequent goal is within the next few years," Sinnah states.
As Novabay steps into the next phase of its expansion plans, the company implements practices and measures that would propel it to greater heights and eventually solidify its position as a leader in various market segments.
"It is crucial for us to consistently calibrate our business in order to meet growing market demands specific to each country and to manage our customers' expectations in the right way," Sinnah concludes.