China to release government pork reserves ahead of major festivals 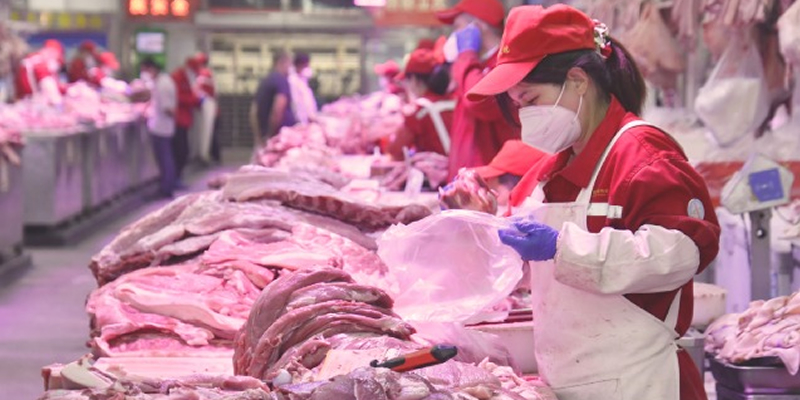 The NRDC will release pork reserves in batches from the beginning to September, as it aims to boost pork supplies in the retail market for the upcoming Mid-Autumn Festival and the Spring Festival.

To meet the market demand for pork, the NRDC will also order local governments to release more of their pork reserves.

The NDRC added that it would closely monitor the dynamics of the pork market and work to preserve regular market order.

The NDRC recommended that swine farmers set up their operations and production in the right way to maintain a steady output of pork. Companies are advised to control the release of pork stock to the market to increase supply.

According to market data, China's pork price experienced significant swings in July, including both corrections and rebounds. However, pork prices have continued to rise.

Pork is typically in higher demand before major holidays.

Fu Linghui, a spokesman for the National Bureau of Statistics, said China's production of live swine has recently returned to roughly normal levels, and there is no justification for the sharp increase in pork prices.