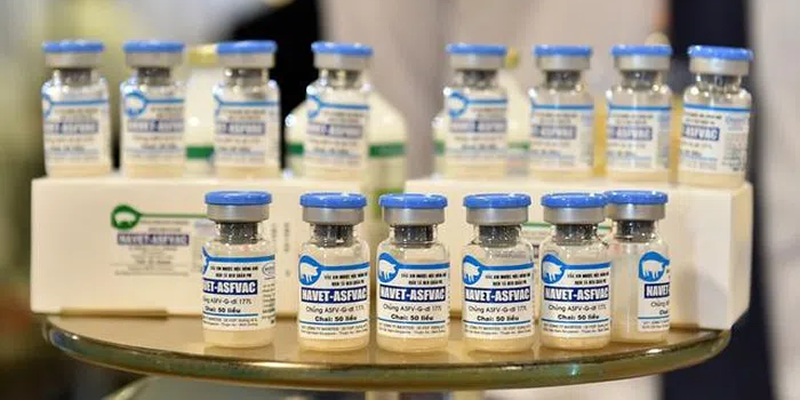 Vietnam has temporarily suspended the use of its first home-grown African swine fever (ASF) vaccine after dozens of pigs inoculated with the shots died this month, state media reported on August 24.

The pigs were among around 600 pigs at several farms in the central province of Phu Yen, having been injected with the NAVET-ASFVAC vaccine developed by Navetco, a company owned by the agriculture ministry, reported the Nhan Dan newspaper.

"We have set up a working group to travel to the province to investigate the deaths of the pigs," said an agriculture ministry official.

ASF was first detected in Vietnam in 2019 and forced the country to cull around 20% of its hog herd the following year.

The outbreak has so far this year spread to 753 areas in 47 provinces in the country, leading to the culling of 36,500 pigs, according to the agriculture ministry.

Vietnam announced in June that it had successfully developed a vaccine to administer to pigs to fight ASF, with the aim of becoming the first country to commercially produce and export it.

The agriculture ministry had earmarked 600,000 doses of the vaccine for domestic use from July this year.