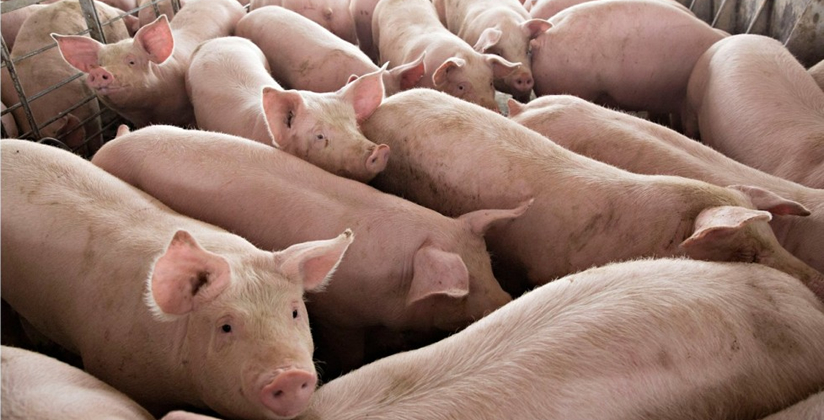 It is now official: Having jumped to Eastern Europe and Russia earlier this decade, African Swine Fever (ASF) appears is rapidly spreading out of control in China -with great potential to jump into Southeast Asian hog herds. Breaking out in Liaoning first, it spread to major hog production provinces including Jiangsu, Zhejiang, Shandong and Hebei within the space of just 20 days.
The entire afflicted area is roughly the size of Spain. With China having approximately the same land area as the United States and hogs raised in most regions, the potential for it spreading further is great.
-Moreover, after taking over a year to travel 1,000km to China's border, ASF has spread a linear distance of over 2.200km in just three weeks: From the first outbreak in Shenyang, Liaoning province to Zhengzhou, Henan to Lianyungang, Jiangsu and the most recent outbreak in Wenzhou Zhejiang, which saw it kill 340 of over 400 infected pigs within days. The border province of Heilongjiang near Jiamusi is also under investigation, as authorities believe the ASF virus most likely entered China from here.
According to the USDA, ASF infected provinces account for 20% of China's swine inventories and border provinces that hold another 19% of the nation's pigs. In all, at least 2,000 pigs have died. Despite Beijing ordering the rapid culling of 20,000 hogs in less than three weeks, the disease just keeps on spreading.
Not dangerous to humans but spread by contaminated ticks, feed, farm workers or direct contact between pigs, ASF is a hemorrhagic fever that makes hogs die of massive internal bleeding from their skin and internal organs within two to ten days. It has no antidote and no vaccine with high mortality rates approaching 100%.
ASF broke out in Western Russia a decade ago, killing 800,000 hogs since doing so. It has spread gradually across that vast country. It jumped to Irkutsk, Russia and within 1,000km of China's border in March 2017 and had been spreading eastward ever since.
An FAO report published in March 2018 noted that from 2007 through July 2017, Europe had suffered 5,445 ASF outbreaks and that 903 of these had occurred in Russia. The report anticipated that ASF outbreaks in China would have "Devastating consequences for animal health, food safety and food security and raise the possibility of further spread to Southeast Asia."

America's Swine Health Information Centre noted that with China holding 50% of the world's hog herd in dense hog housings " The swine industry has never seen an ASF outbreak in such a production landscape, and control measures are untested." Ironically, the Chinese swine sector's vast size and rapid development are probably helping ASF spread.
With an eFeedLink estimated hog population of 485.36 million in July, China holds nearly half the world's pigs. Until recently, it was a backyard industry where hog rearing, slaughter and consumption all occurred locally. With the hog sector's rapid, capital-intensive development, inter-provincial transport of hogs (and their diseases) has become standard practice.
A 23 August 2018 Reuters report states that "A rapid expansion of the northeastern pig farming sector [where the outbreak occurred] in recent years means more live pigs travel thousands of kilometers from farm to market to slaughter and processing in the central and southern regions."
Alongside its huge population of domesticated swine, China has an FAO estimated 33.5 million wild hogs. They are also possible virus carriers by direct contact with backyard pigs raised in traditional open-air backyard farms that still provide up to 20% of China's pork. They are also frequently illegally hunted and this creates scope for wild hog to human to farm swine transmission.
The outbreak comes at a most unfortunate time for China's hog farms: WH Group, China's leading pork processor and recent acquirer of America's Smithfield, saw its stock value plunge 11% on August 23rd, when it was learned that China's government shut down one of its slaughterhouses where slaughtered hogs with ASF had been found. This comes on top of a bad year for WH Group, as trade friction between America and China crippled its ability to import US pork.
The news hit even companies not known to be affected by ASF: Fears of the disease's consequences created anxiety in the agribusiness investment community, causing the shares of other swine sector firms to also drop.
According to the USDA "Muyuan Foods Co. Ltd., another large producer, saw its share price drop 16% from August 16 to August 20. Guangdong Wens Foodstuff Group saw its share price start to drop on August 16 and by August 20, it had lost over 10%.
But large food processors and livestock integrators are not the only ones being hit by ASF's consequences: After enduring steep losses for the most of the past year, eFeedLink Pte Ltd projected that large-scale farms would return to profitability this month.
China's hog herd was poised to undergo its first significant expansion in several years but this outbreak has upset the industry's plans. In response to the epidemic, everything from herd expansion plans to the usual transport of finished hogs across provincial lines has been suspended.

The return to profitability was caused by recent trade sanctions against US pork. They reduced domestic pork supplies: Pork imports were already projected to fall from last year's record 2.1 million tonnes to 1.53 million tonnes this year.  With a 78% import tariff making US pork prohibitively expensive, imports were falling faster than anticipated. Many revised China's 2018 pork estimate to around 1.2 million tonnes.
As a result, live hog prices had languished around RMB11/kg as recently as June had risen to near RMB15/kg (US$2.18/kg) have now fallen to RMB13.97/kg as of 23 August. They look set to fall back to RMB13.71/kg (US$1.99/kg). This the lowest price since late July. Going forward, unless news about this epidemic turns sharply positive, live hogs appear headed back in the money-losing RMB11/kg (US$1.60/kg) to RMB13/kg (US$1.88/kg) range.
This blow to China's hog output could also have an immediate impact on global pork trade: If this epidemic is not soon brought under control, every 1% drop in China's expected 54.65 million tonne pork could boost imports upwards by 0.5 million tonnes -and that is a significant figure given that the USDA had projected 2018 world pork exports to total 8.34 million tonnes. -For while China's pork demand could fall in response to the epidemic, its production will fall by even more.
That would make necessary an increase in pork imports from all major supplying countries except America. This could cause a projected trade-war induced 30% fall in world pork prices and similar possible drop in beef prices to never materialize.
Moreover, China does a lot of hog trading with Southeast Asian nations including Thailand, Vietnam, Cambodia and Myanmar. It does this over a very long, porous smuggling prone land borders spanning thousands of kilometers.
Should the FAO's worst fears come true and ASF spreads into Southeast Asia's 70 to 80 million head hog population, it would create a world pork shortage. That would give world pork exports another boost of several hundred tonnes -at the expense of countless bankrupt small-scale Asian farmers and possibly one or two large integrators too.
We do not know if China will get this epidemic under control quickly or if it will become as chronic as its never-ending bird flu woes. Nor do we know if this epidemic will spread to Southeast Asia.
But there could be a paradoxical, zero-sum game at work too: Billions of dollars in grain trading profits are made from bad weather. -A small 1% to 3% loss of expected Chinese pork production to ASF could boost both the quantity and selling price of world pork exports.
That would restore the dwindling fortunes of pork exporters everywhere from America to Denmark, Spain to Brazil. Hence, the dark specter of ASF over China's swine sector could be a godsend to a world increasingly awash in trade-war induced swine meat surpluses.