Table 1:  Morphology of plaques and isolated phages under electronmicroscope
after negatively staining. 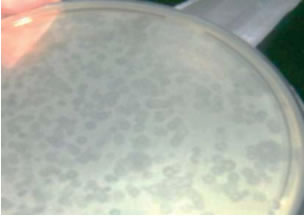 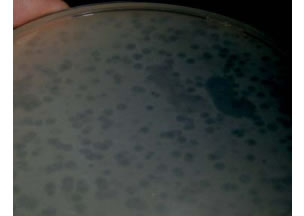 Figure 2:  Plaques morphology of A.hydrophils phage ΦZH 2  with clear center
on the TSA Plate.
Host range
The host range of isolated phages (ΦZH 1 and ΦZH 2 ) was determined against isolates of Aeromonas bacteria and 4 strains of non-Aeromonas bacteria. Results in Table 2 revealed that the isolated phages ΦZH 1 and ΦZH 2 was very specific to infect Aeromonas and does not have the ability to infect any isolates of non-Aeromonas bacteria.
Effect of thermal inactivation
The infectivity of both phages was highly sensitive to temperature above 40°C. Whereas both phages lost its infectivity by percentage reached to 88% and 50% for ΦZH 1 and ΦZH 2  respectively (Figure 7).
Effect of irradiation by ultraviolet light on the isolated phages
The exposure of 10 11  pfu/ml purified phages suspensions to UV irradiation (at high 20 cm) for different periods of time (0-120 min) illustrated by Figure 8 from these results, isolated phages (ΦZH 1 and ΦZH 2 ) are resistant to UV irradiation. Whereas the infectivity of this phage still active after exposure to UV (40w) for 120 min. ΦZH 1 lost 50% of its infectivity after exposure to UV irradiation for 100 min While, phage ΦZH 2 reached to this percentage after exposure to UV for 80 min. 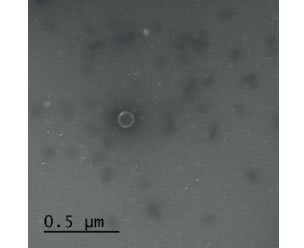 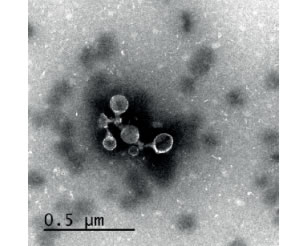 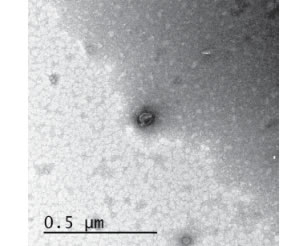 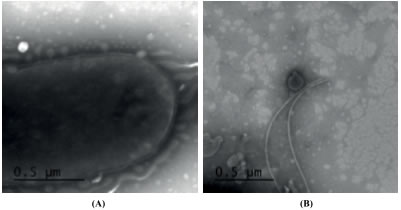 Figure 6:  Electron micrograph of A. hydrophila both phage ΦMH 1 & ΦMH 2 adsorbed on cell wall (A) and not have receptor on A. hydrophila flagella (B). 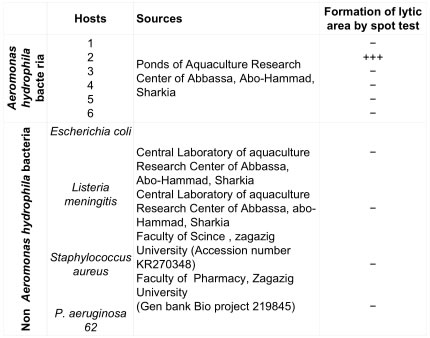 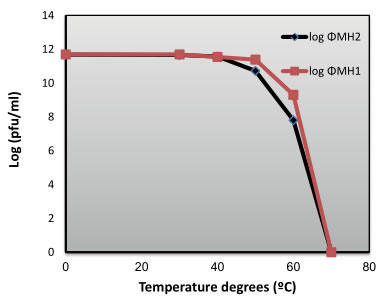 Figure 7:  Effect of temperature on phage ΦZH 1 and ΦZH 2 . Phages was incubated at different temperature for 5 min and the phage infectivity was investigated. 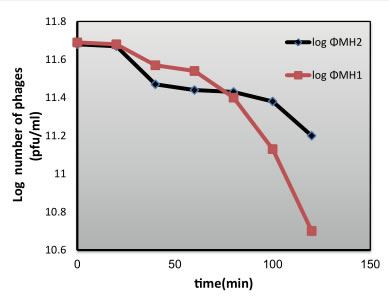 Figure 8:  Effect of time exposure to UV irradiation on ΦZH1 1 and ΦZH 2 phages.
Adsorption rates
The two phages in current studies ΦZH1 1 and ΦZH 2  exhepted to different rates. The maximum adsorption and percentage of adsorption are presented in Table 3. Adsorption rate were fast since the maximum phages adsorbed reached 51% and 66.8% of phages ΦZH1 1 and ΦZH 2 were adsorbed after 20 and 30 min respectively the adsorption constant (K) were (2.7×10 -13 ml/min) and (2.2×10 -13 ml/min) for ΦZH1 1 and ΦZH 2 respectively as determined by the formula K=2.3/ (B) t × log (Po/P), where Po= phage assay at zero time, P= phage not adsorbed at time t min, (B) = concentration of bacteria as number of cells/ml and K=velocity constant expressed as ml/min. Adsorption rate constant for both phages were similar.
One-step growth experiment
One step growth curve (Figure 9) shows that the latent period was about 20 min, the rise period was 60 min, and the mean burst size was about 113 and 114 pfu per infected cell for ΦZH 1  and ΦZH 2  respectively.
Effect of different concentration of phages on growth of A. Hydrophila
Each phage was used at MOI = 10, 1 and 0.1 over a time from 0-24 hrs. Data in Table 4 showed that, the highest reduction in bacterial count was observed when phage ΦZH 1  and ΦZH 2  added separately to A.hydrophila at M.O.I = 10 and incubated at 37°C for 12 hrs. On other hand, addition of phage ΦZH 1  or ΦZH 2 to A.hydrophila at M.O.I less than 10 (1.0 or 0.1) not gave efficient in reduction of bacterial growth.
The challenges to motile Aeromonas Septicemia (MAS) causing bacteria by both ΦZH 1  and ΦZH 2
Result in Table 5 showed that the addition of A. hydrophila to fishes in aquaria containing Nile water increases the mortality compared to it control. 2 nd aquaria mortality of this treatment reached 68%. Addition of phage to such treatment reduced the mortality to 18% with reduction efficiency reached above 50%. Also phage reduced total count of bacteria from 4.8×10 13  cfu/ml to 7.3×10 7 cfu/ml. on other hand, phages titer in fourth treatments increased above the initial titer of phages it changed from 8.1×10 9 to 8.1×10 13  pfu/ml.
Discussion
Fish diseases are major problem for fish farming industry and among those bacterial infections are considered to be a major cause of mortality in fish [23]. These awaited drawbacks enforced the fish pathologists to seek for other alternatives; the use of natural immunostimulants in fish culture for the prevention of diseases was a promising new development and could solve the problems of massive antibiotic use. Natural immunostimulants were biocompatible, biodegradable and safe for both the environment and human health. Moreover, they possess an added nutritional value [24]. 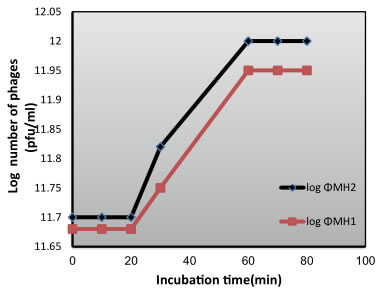 Table 4:  Effect of incubation of several different multiplicity of infection (M.O.I) on growth curve of the host A.hydrophila.

Table 5:  The challenges to Motile Aeromonas Septicemia (MAS) causing bacteria by both ΦZH 1  and ΦZH 2 .
Aeromonas hydrophila was described as the dominant infectious agent of ‘fish-bacterial-septicemia’ in freshwater cultured finfish all over the world [25]. A hydrophila was also associated with EUS, which was a major problem in different countries [26]. The observed clinical signs in the examined fish suffering from motile Aeromonas Septicemia (MAS) were previously reported by Samal [25]. They reported that septicemia, ascitis, erosion, ulceration, detachment of scale, exophthalmia and muscular necrosis were the most predominant clinical signs of MAS in Nile tilapia.
In this study, the results showed that two bacteriophages ΦZH 1 and ΦZH 2 possess infection on its specific host A.hydrophila, isolated from Nile water. According to the electron micrograph; the two phages were characterized as podoviruses. The dimensions of the isolated podoviruses were similar or semi-similar to each other and also resembled those which were previously isolated for A.hydrophila [27]. A hydrophila phages ΦZH1 and ΦZH2 infected some Ahydrophila strains, but none of other genera or species tested. These results are in accordance with those obtained by Mitchell Sc [28].
Temperature is a crucial factor for bacteriophage survivability [29]. The results in showed that ΦZH 1 and ΦZH 2 phages were thermos table, between a temperature ranges of 30-60°C where it still remained active after 10 min exposure at 60°C. Interestingly, ΦZH 1 and ΦZH 2 phages survived at 37°C, with no significant loss in phage particle number, which is a very important parameter for phages considered for therapeutic application.
Phages examined here were tolerant to UV irradiation with distinct rate of inactivation where ΦZH 1 and ΦZH 2 lost 50% of their infectivity after exposure time reach to 100 and 80 min respectively. These result are in accordance with those obtain by Ramanandan [29]. This finding indicated that phages are suitable to use in field experiment where their infectivity not affected by UV in solar reached to water in aquarium.
The data obtained in one- step growth experiment were comparable with data presented by Cheng [30]. These authors conducted a similar growth experiment with Aeromonas species. It as reported by those authors that the latent periods of phage DH1 were 90 min which was much longer than Aeromonas hydrophila phages Aeh1 and Aeh2 [28] on other hand in our studies the latent period of phages ΦZH1 and ΦZH2 were 20 min. the average burst size of phage DH1 were about 125 PFU/cell, which was also bigger than Aeh1 and Aeh2 [28], but the latent period of phages ΦZH1 and ΦZH2 were 113 and 114 pfu per infected cell. The isolated phages (ΦZH 1 and ΦZH 2 ) administered via injection was found to be effective in treating fish infected with Aeromonas hydrophila shown through the significant decrease in number of A.hydrophila found in the water of treated fish. Where our results showed that the addition of phages ΦZH 1 and ΦZH 2 (M.O.I=2.1) to Nile water in aquaria. Which was inoculated by A.hydrophila (3.37×10 9 CFU/ml) reduced the percentage of mortality from 68% to 18% after treatment for 15 days. Also total number of bacteria in polluted aquarium changed from 4.18×10 13  cfu/ml to 7.5×10 7  Cfu/ml after three days of treatments. The efficiency of isolated phages reduction of A.hydrophila in Nile water more than that founded by Donn Cruz-Papa [15].

Article made possible through the contribution of El-Araby DA et al.