Swiss-based Pancosma has shown that sweeteners in animal feed can not only target sensory receptors on the tongue, but also such cells in the gut. Indeed, the company continues to elucidate the science behind animal appetite, which is dependent on many criteria including the species, breed, physiological status of the animal, feeding practices, and properties of the feed. 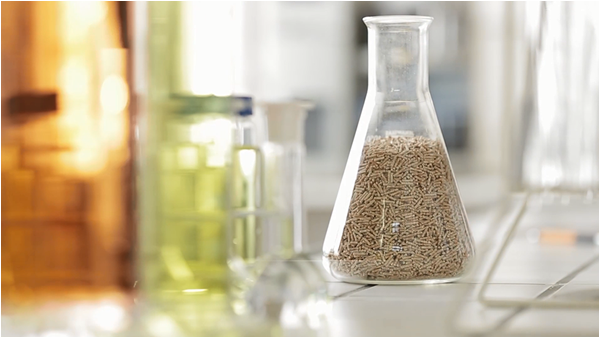 Pancosma's palatant business segment has been growing steadily over the past decade, at a yearly growth rate of 10%. Roughly half of this increase has been driven from the company internally, while the other half has been fuelled externally by the rising demand for palatants in the feed industry. According to the company, compared to a decade ago, the palatants market is today crowded with many companies offering palatants, but often of variable and questionable quality.

While this negative trend has unfortunately hurt the image of palatants as a product offering in the feed industry, it is providing increasing opportunities for companies like Pancosma to develop science-based, innovative palatant solutions.

The company's long history is marked by numerous examples of its innovative spirit. Established in 1947, Pancosma was a pioneer in creating flavour molecules for the animal feed industry. Then in the 1980s, the company was a pioneer in sweeteners, creating the high-intensity sweetening solution range, SUCRAM®. Over the next decade, Pancosma's product portfolio underwent a process of diversification, developing phytonutrient and organic trace mineral products. The company then went on to expand its palatant range with the addition of the first 'micro-pearl' flavours, the PAN-TEK range. The beginning of the new millennium saw the creation of the first heat-stable series of flavours, PAN-TEK Robust. Pushing the boundaries of process quality to new heights, Pancosma then established its ISO-FUSION Technology® (IFT®) standards of manufacturing. More recently, the company says it has applied ground-breaking research to revolutionise commercial outcomes for its customers, through its Intelligent Gut Action and Non-Nutrition concepts. Finally, the company has developed TakTik®, 'all-in-one' tailor-made solutions to meet individual customer requirements.

And in the livestock industry, continuous improvement in breeding technology has led to animals with high, theoretical genetic potential. However, in many situations this potential is not reached because of low or inconsistent feed intake. Throughout their growth cycles, animals can be subjected to different causes of stress, such as abrupt changes in diet, variations in feed formulation due to fluctuating raw materials use and their quality, and sub-optimal housing and climatic conditions. Under these stress conditions, animals tend to reduce feed consumption, which in turn, reduces performance levels.

Accordingly, Pancosma has developed a wide range of palatants (more than 200 such products) that improve feed palatability and encourage feed intake, even during times of stress, thereby optimising animal performance regardless of external conditions. According to Pancosma, the company's flavours are the market leaders and are used by some of the biggest feed companies in the world. Importantly, the company designs each sensory solution based on specific customer requirements, such as increasing animal appetite, improving feeding behaviour, masking specific off-notes in feed, substituting raw materials to allow for flexible feed formulation, and creating a strong brand identity for its clients.

Creating a good palatant for animal feed is a very complex process, according to Pancosma. When designing a flavour, first of all, the company's expert flavourists have to consider regulations for the feed industry. The ongoing re-evaluation of flavouring substances in Europe is also a critical factor for consideration. Accordingly, Pancosma is an active member of the European Feed Flavouring Authorisation Consortium (FFAC), an organisation tasked with negotiating the re-authorisation of flavouring substances in compliance with feed regulations. Such re-authorisation will determine the list of raw materials that Pancosma can use in the creation of flavours, which is relatively more restricted in Europe, compared to the food market.

Next, the sensory impact of flavours in different feed matrixes, on animal preference and human perception, are also factors which must be considered. Pancosma often performs palatability trials in partnership with universities and research institutions, and its customers. These trials may consist of preference tests, imposed choice trials, or feed appreciation trials. As a company rooted in science, Pancosma says it goes beyond such simple palatability trials by engaging in fundamental research, in collaboration with major universities around the world. Based on the results of these research programmes, Pancosma has, for example, demonstrated that SUCRAM® is detected by the guts of swine, calves and adult ruminants, leading to key downstream physiological responses - improved nutrient absorption and gut integrity.

Finally, the company's palatants are evaluated by a trained panel of people, to assess their intensities, stabilities, and masking capacities. According to Pancosma, one of the best and most sensitive tools for flavour evaluation is the human nose. The nose can distinguish between hundreds of substances, even in minute quantities. However, the sense of smell is subjective, depending on the person's emotions, experiences, and environment. Therefore, to conduct a reliable and accurate evaluation, the assessment is performed by a group of people trained in flavour description, recognition and evaluation. The panel is made up of 27 such expert panelists, who have been undergoing weekly sensorial training for more than 10 years, in accordance with ISO standards. The panel is used internally for the analyses of raw materials, semi-finished and finished products; flavor creation and evaluation. The panel is also a tool for product positioning, enabling Pancosma to develop various services for its customers. Integrating the results from the sensory evaluation assessed by the panel, with data regarding animal sensorial perception, is extremely complex, but not impossible, according to Pancosma. 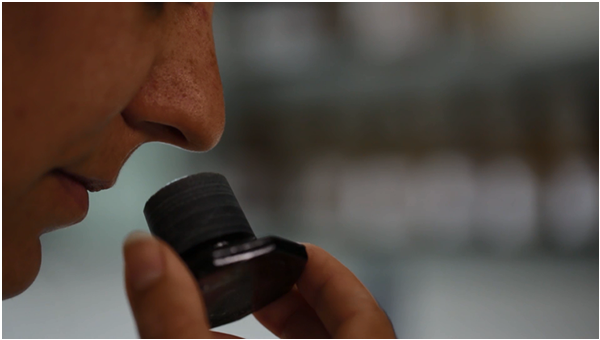 For the specific case of weaned animals, feed consumption is key for optimal health and development, where solid feed intake must be maximised in the early stages. Young animals offered solid feed for the first time are more likely to accept sweetened feed.

This was the motivation for Pancosma to develop SUCRAM®, a patented combination of high-intensity sweeteners with potentiators (to increase sensitisation) and taste enhancers, in the form of micro-sized particles produced using the company's IFT® standards of manufacturing. The IFT® standards ensures that each micro-sized particle contains the same amount of active ingredients, in equal and constant proportions, overcoming the loss of efficacy associated with feed additives of uneven composition.

SUCRAM® has been the market-leading sweetening solution since 1990. The efficacy of SUCRAM® has been demonstrated through various applications such as substituting sugar in diets, masking bitter ingredients (minerals, medicines, vegetal protein sources etc.), and improving palatability for better feed intake and performance improvement. Pancosma has also shown that SUCRAM® not only targets the lingual epithelium (i.e. the surface of the tongue), but also sensory receptors in the gut epithelium, to further benefit animal health and performance. Indeed, the gut has sensory properties, and is able to perceive its environment and adapt to it.

The first point deals with product safety. Pancosma has consistently allocated a significant portion of its yearly budget and resources to ensure that its products are safe for animals, consumers, the environment, and also workers who handle these substances. For example, the company was recently involved in a trial to evaluate the safety of feeding multi-fold doses of a model flavour with 20 different flavouring pre-mixtures in weanling piglets.

Secondly, growing environmental concerns and the volatility of some raw material prices have led Pancosma to invest in and adopt a new approach to sustainable sourcing.

Lastly, as has been described at length in the preceding paragraphs, Pancosma's palatant products play a key role in optimising feed efficiency, leading to both better animal welfare and less environmental waste.

Today, due to the region's rapid growth and need for optimising feed palatability, Asia is one of the biggest markets for Pancosma's palatant products. Pancosma in China and Thailand has registered record sales of palatants in recent years.

Pancosma China was set up at the end of 2009, and has been producing palatants in China since January 2010. Now just about five years later, Pancosma is the market leader for sweeteners in the country.

General speaking, Pancosma's strategy in China is adapted to suit the needs of different customers. For example, for its key accounts, it provides value-added services from three different levels: products and services from the company's Business Development team; the TakTik® approach from Pancosma's Innovation team; and, advice on the best feeding programmes or nutritional solutions from independent consultants. The company also organises some big seminars every year to build up its brand awareness and value in the market, and to share nutrition knowledge with its existing and potential customers.

Apart from the China market, although the European market shows relatively slower growth, it remains a key market for Pancosma, as it remains a strong home base for the company since its establishment in 1947.

A significant part of the company's sales is also recorded in the Americas. For North America, the market growth is slow but where weaning ages are traditionally low, the critical need for rapid feed intake in piglets remains, for which palatants are required. For South America, the animal feed industry is growing rapidly, and this growth is driven by the two giants, Brazil and Mexico. This is the reason why Pancosma has chosen to locate two subsidiaries in these important markets.

Although the competition is becoming increasingly fierce, Pancosma says it has been able to maintain its leadership position in most of its key markets thanks to its flexibility, innovative capability, and tailor-made services for its customers.