Gut health in broilers requires early and quick access to safe, high-quality feed and water. To reduce the risk of infections, endotoxins, mycotoxins, and anti-nutritional substances in the feed, quality control methods are essential. To limit the need for antibiotics, early feeding, feed quality, physical structure, and safety are all critical.

At hatch, avian skeletal muscle fibers are complete and expand fast. Especially in strains bred for quick and rapid growth rate, high feed intake and high meat yields, the first week may be the most crucial and critical for muscle and intestine development. Satellite cells, which are skeletal muscle's specialized myogenic precursor cells, are crucial for muscle growth. In comparison to chicks fed immediately, chicks fed 48 hours later showed lagging skeletal muscle fiber development and abnormal satellite cell activity. When feeding was delayed, body weight and breast muscle weight were significantly lower at 7 days, and this observation persisted for 42 days. Broilers that consume enough high-quality feed , during their first days of life are primed for high feed intake later in life while maintaining a healthy gut.

Between hatching and placement, chicks' initial body weight may drop by an average of 8%. It has been proposed that a switch to gluconeogenesis occurs, mobilizing and metabolizing skeletal muscle protein for energy. This could be one of the reasons why chicks lose weight when they are not fed on time. The rapid growth of the gastrointestinal tract contributes to significantly higher chick body weights in the first few days of life. When feeding is delayed for 24 to 72 hours, the gastrointestinal growth of chicks is stunted, and the intestinal tract morphology is altered by a decrease in villi surface area in the small intestine. This effect is most likely caused by an imbalanced cell turnover caused by excessive cell death and decreased cell renewal. Researchers have discovered that gastrointestinal associated lymphoid tissue (GALT), particularly in the hindgut, may be more susceptible to infectious pathogens during the first two weeks of chick feeding.   As a result, gastrointestinal development is disrupted, resulting in microbiota imbalances and decreased lifetime performance.

Comparison between a non-functional and functional stomach (Rodgers et al. 2005).

The size and internal  binding strength/hardness of feed particles are referred to as feed structure. Trouw Nutrition's comprehensive approach to achieving optimal feed particle size (FPS) relies on structural compounds in the feed, as well as grinding and pelleting during manufacturing and feed formulation. Because of the advantages of having a more developed and functional gizzard, particle size has become increasingly significant. Optimum gizzard development and function promotes nutrient digestibility and transit time, resulting in improved gut health and performance. 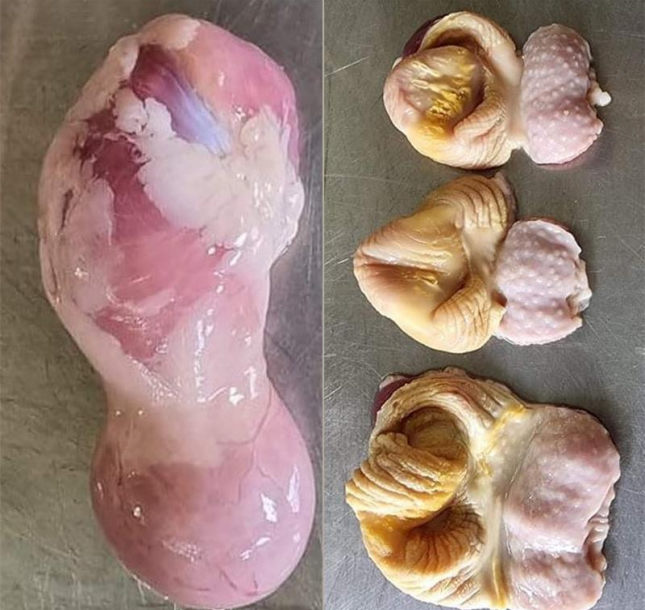 Cereal hulls, wood shavings and whole grains are all good source of dietary structure. When grain hulls were incorporated as a dietary structural element to limit the rapid multiplication of bacteria, significant improvements were noted. Reduced gizzard pH, increased pepsin activity and extended retention of feed particles in the stomach are all beneficial responses to a well-developed gizzard, boosting exposure to digestive processes and managing digesta movement in the intestines. The well-developed gizzard's muscle contractions will cause optimal mixing of digesta and peristalsis through the digestive tract. Enhance mixing, modification of flow into the duodenum, and the bulking impact of structural components reduce starch concentration in the intestines, resulting  in enhanced enzyme/substrate interaction and improved digestion  and  absorption. Antimicrobial interventions may be lowered by minimizing the potential for microbial colonization. The proventriculus and gizzard, which are located in the top section of the gastrointestinal tract, have a considerable impact on digestion, and more than 70% of antibiotics are used for broiler gut health disorders. 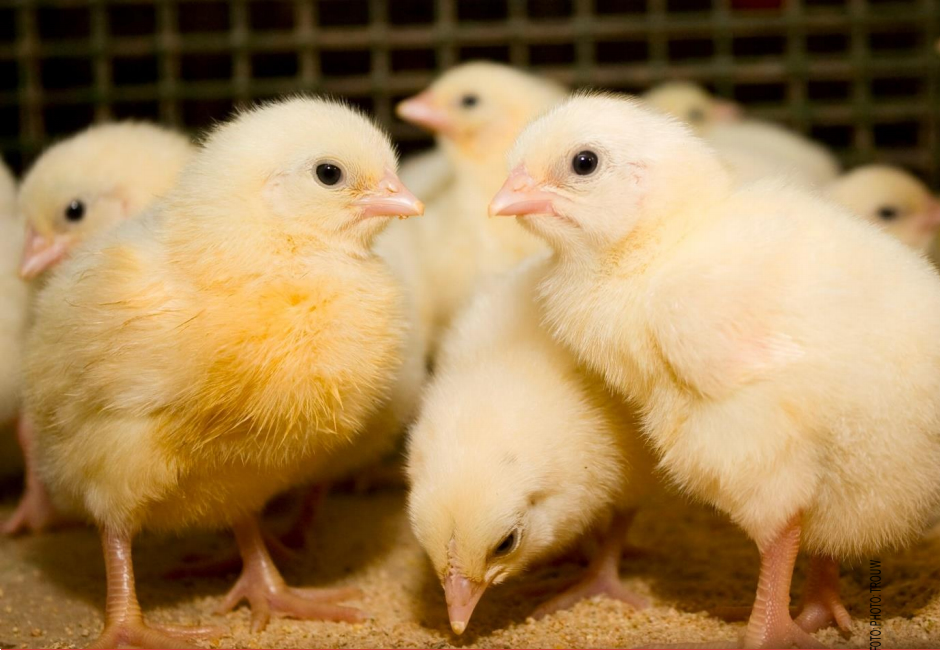 Broilers fed enough high-quality feed, such as ChickCare, during their early days of life are better equipped for later high feed intake while keeping a healthy gut

Pathogens and contaminants that jeopardize gut integrity and microbiota balance are reduced by feed safety procedures. Bacteria such as Salmonella and E.coli deplete feed nutrients, impair performance, and can cause health problems in young birds. To reduce the danger of raw material contamination, quality control methods are essential. Microbial Risk Management products from Trouw Nutrition keep hazardous bacteria from spreading too quickly. Synergistic and broad spectrum organic acid based Microbial Risk Management products that decrease Enterobacteriaceae have proved efficacy as shown in Fig (1). 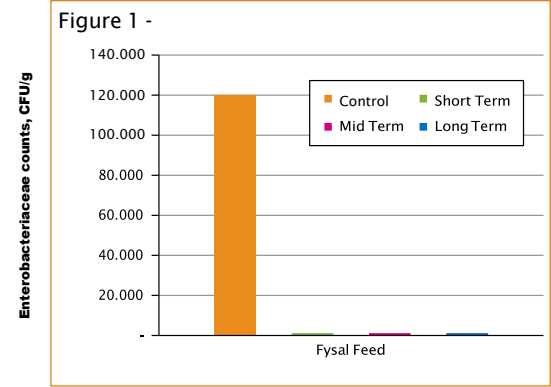 Moulds have a negative impact on the smell, flavor, and nutritional content of feed. They also produce mycotoxins, which can harm an animal's health and performance at certain levels. Aflatoxins, ochratoxins, DON, T-2 toxin, and fumonisins are examples of common mycotoxins.

Moulds and mycotoxins should be avoided at all costs in Antibiotic reduction  programs, as they have a negative impact on gut integrity and immunity, depending on the type of mycotoxin. Trouw Nutrition addresses mould  control and mycotoxin risk management at feed mill and farm level..

Article made possible through the contribution of Dr. Randy Payawal, Dr. Barbara Brutsaert and Trouw Nutrition