Together with TMAC, a unit of Thai Union Group, neopharma Japan Co., Ltd. has launched AQUALA M, a new aquaculture supplement in Thailand.

Thailand is now the second country where neopharma's5-ALA aquaculture products are sold following their first launch in the Japanese market.

AQUALA M is a premix type of animal feed that includes functional amino acids, namely 5-Aminolevulic acid (5-ALA). 5-ALA is a natural  amino  acid  with multiple functions, according to neopharma. This unique compound increases an animal's energy production in mitochondria and haemoglobin in blood cells. As a result of these effects, 5-ALA can decrease anaemia levels and improve growth, immunity and reproductivity rates of all animals. 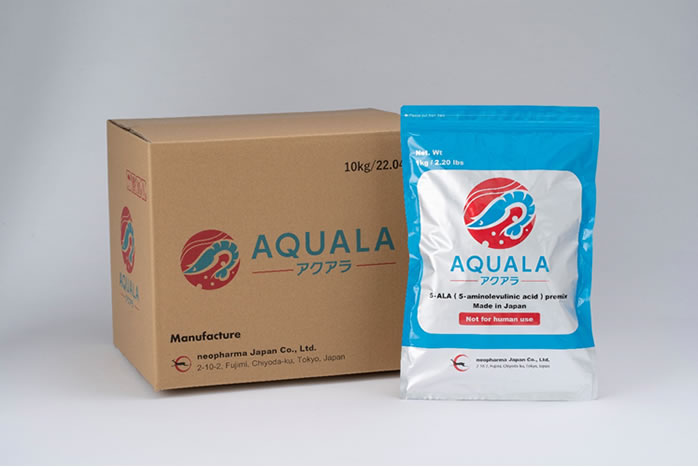