'Tilapia sales to US to decline further in 2019'

Tilapia's popularity in the US continues to decline as it is set to take another hit with the current 10% tariff on Chinese-origin fish raised to 25% as announced.

According to GLOBEFISH, the FAO's fish-trade site, China's exports of farmed tilapia to the US continues its declining trend, while Latin America, Southeast Asia and Africa continue to increase in relative importance as producers of tilapia.

The total output share of biggest player China is projected to drop as smaller producing countries such as Egypt, Indonesia and Brazil increase their production relatively faster.

GLOBEFISH cites the most recent Global Aquaculture Alliance (GAA) survey data indicating Chinese tilapia harvests might have reached 1.75 million tonnes in 2018. But reports at the end of the year also indicated that a number of farms in key producing regions experienced mass mortalities as a result of a period of abnormally cold weather.

The Chinese output is still larger than the combined production in Indonesia, Vietnam and the Philippines, which is around 1.33 million tonnes in 2018. These countries, as per GLOBEFISH, have the advantage of the opportunity presented by the new tariff regime and have the potential to inhibit China's dominance of the US market.

China's supply to the US market still remains as the most significant flow in international tilapia trade, but US per capita consumption of tilapia is falling as it competes with alternative seafood options.

China supplies 62% of US imports

China accounts for 62% of US tilapia imports, and the announcement of tilapia's inclusion in the new tariff regime caused a flurry of trade activity in the last quarter of 2018, pushing prices temporarily upwards, GLOBEFISH reported. However, the increase of the import duty on tilapia to 25% has resulted in price decline that may have negative consequences for wholesalers who are now sitting on large inventories, added GLOBEFSH.

EU28 imports of tilapia also fell by 16% in euro terms during the review period, pointing to continued challenges for tilapia marketers targeting this market, GLOBEFISH noted. According to the European Union Fish Processors and Traders Association (AIPCE-CEP), the 28-nation bloc consumes only about 1 percent of global tilapia supply, most of which is in the form of frozen fillets coming from China.

Markets in Africa such as Côte d'Ivoire and Burkina Faso are now absorbing some of the Chinese volume previously destined for the US, while growing production in countries such as Brazil, Mexico, Indonesia and the Philippines is increasingly directed to domestic and regional markets.

Latin American tilapia farmers are also seeing a decline in exports to the US market, which has stopped buying tilapia fillets, GLOBEFISH said. In the first nine months of 2018, Honduras, Ecuador and Costa Rica observed drops in both value and volume terms compared with the same period in 2017.

Brazil and Mexico exported higher volumes but for lower value. Meanwhile, Colombian tilapia exports to the US increased by 10.5% in volume terms and 11.6% in value. 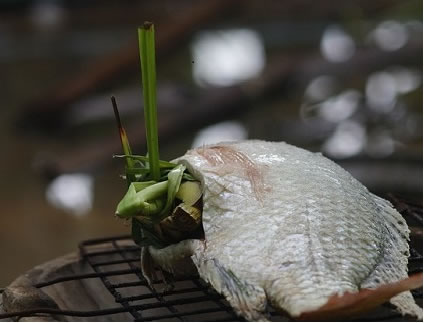 Whole tilapia for grilling  (Image: GLOBEFISH)
Video >
Technical Paper >
How feed strategies impact somatic cell count and aflatoxins in milk
The ultimate mission of dairy producers is to produce high quality milk, regardless of their milk volume goals. Somatic cell count (SCC) and protein content affect dairy product fl ...
Food safety governance in China: From supervision to coregulation
The food control and regulatory system in China is beset by several challenges. While firms have to reduce their costs in pursuit of benefits, customers are increasingly focusing o ...
Internet of Things in food safety: Literature review and a bibliometric analysis
IoT in food safety is a relatively new approach; the first article appeared in 2011 and has increased since then. Majority of these studies were performed by Chinese universities a ...