What poultry producers should know about endotoxins

What poultry producers should know about endotoxins 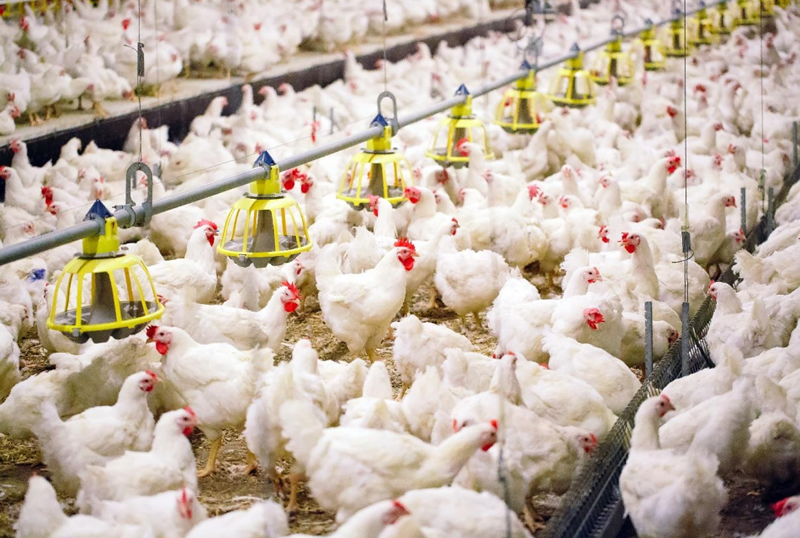 Why endotoxins matter in poultry production

The intestinal microbiome is central to an animal's immune health and metabolism. Among others, different environmental and stress factors, as well as feed components and changes, feed-borne mycotoxins, and the use of antibiotics impact its delicate balance. When the microbiota shifts, Gram-negative bacteria (GNB) proliferate and die. Consequently, a higher amount of lipopolysaccharides (LPS) – also known as endotoxins – are released into the intestinal lumen.

In parallel, the disturbances that lead to a proliferation of GNB also lower the intestinal barrier function; hence, the endotoxins can pass into the bloodstream. They then cause costly immune reactions: the animal's nutrient resources deviate to the immune system, feed intake decreases, performance suffers, and welfare is compromised.

What endotoxins are and how they are structured

Bacterial lipopolysaccharides (LPS) constitute the main components of the outer membrane of all GNB and are essential for their survival. LPS have direct contact with the bacteria's surroundings. They function as a protection mechanism against the host's immunological response and chemical attacks from bile salts, lysozymes, or other antimicrobial agents. Three structures define an LPS: O-antigen, core region, and Lipid A. Each structure plays an important role, either for the defense of the GNB or for the toxicity of LPS (Figure 1).

Figure 1: The structure of bacterial lipopolysaccharides 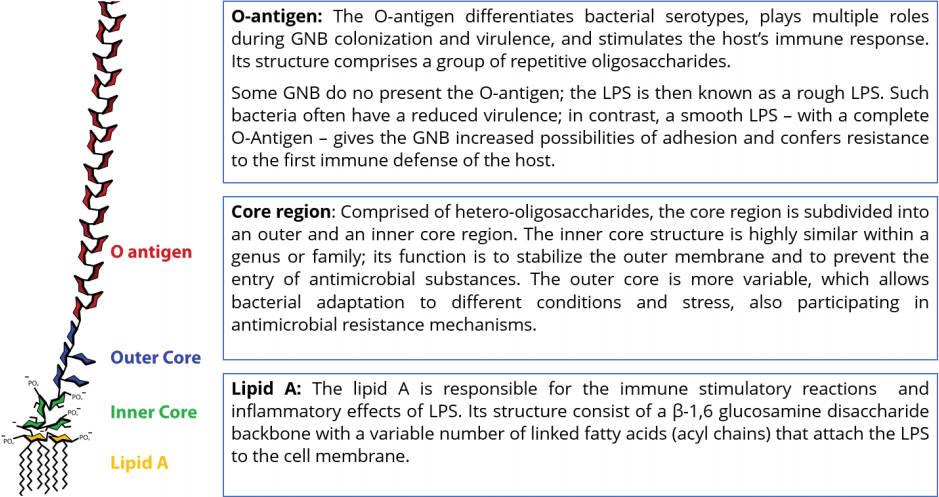 How endotoxins trigger the immune response in poultry animals
LPS are primarily released upon GNB cell death and lysis, but also during reproductive and growth phases. LPS present in the gut enter the circulation by paracellular transport in the intestinal epithelium – enhanced by a dysfunctional barrier – and also by transcellular transport. Once LPS are in the bloodstream, they induce inflammation and fever, followed by shock and, eventually, death. These inflammatory responses require increased cytokine levels, whose activation is mediated by toll-like receptor 4 (TRL4), the immune receptors that recognize LPS.

LPS-binding proteins (LBP) and cluster-differentiation proteins (CD14) are the first to recognize endotoxins; they then activate the TLR-4 on the cell surface. The recognition of LPS by TLR4 requires a co-factor: myeloid differentiation factor 2 (MD2). A signal to the inside of the cell triggers the production of pro-inflammatory cytokines. Figures 2 and 3 explain the players and processes involved in more detail.

Figure 2: The proteins involved in LPS recognition and the initial reaction at the cellular level 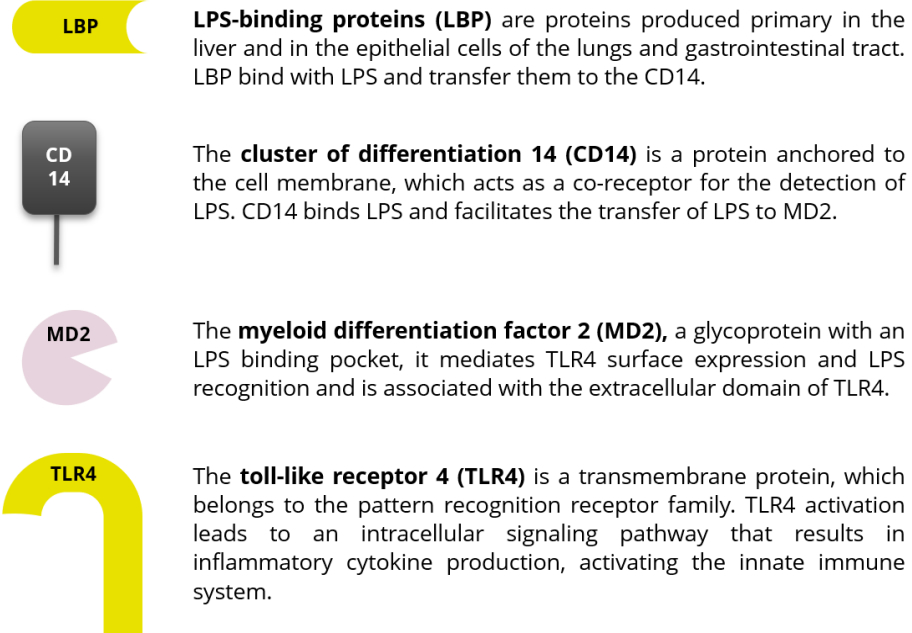 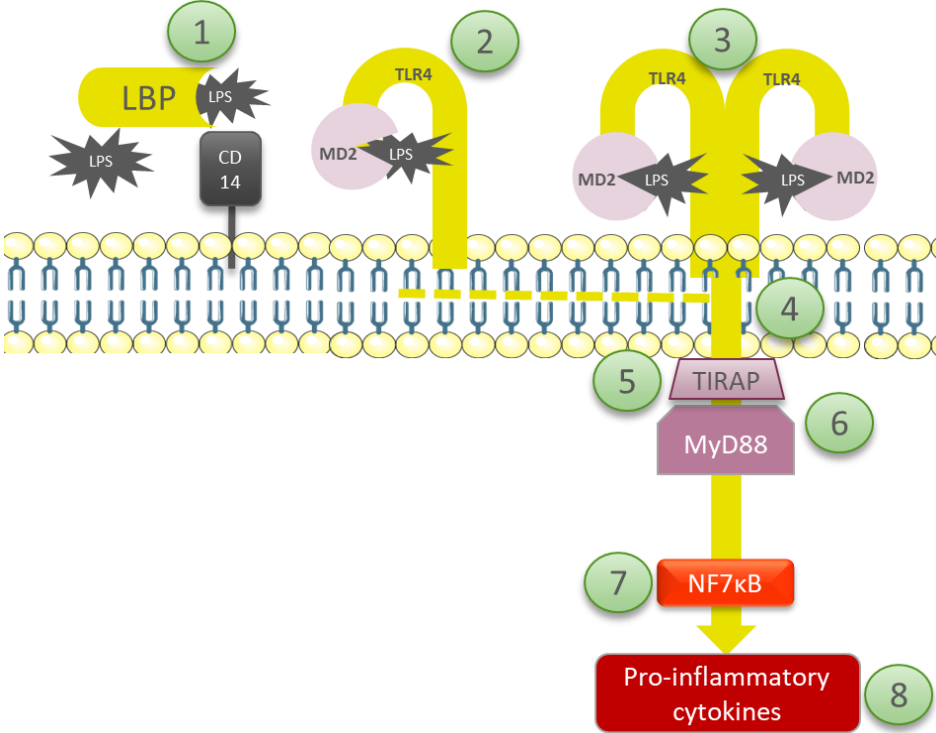 1.  The LBP forms a high-affinity complex with LPS and delivers this to the CD14. LBP alerts the immune system of the presence of the endotoxin and, at the same time, neutralizes it. High concentrations of LBP decrease endotoxin activity and protect against septic shock.

2.  The LPS/CD14 interaction is recognized by MD2 and stimulates TLR4, the sensor for LPS.

3.  LPS binding to MD2 induces the formation of a multimer, composed of two copies of the TLR4-MD2-LPS complex.

4.  The changes in the TLR4 induce the recruitment of intracellular adapter proteins containing the toll/IL-1 receptor (TIR) domain, which is required for initiating intracellular signaling. This activates the inflammation signaling pathway.

5.  The TIR receptor domain-containing adapter (TIR-AP), an intracellular signaling domain, mediates the interactions between TLR4 and the next signaling molecule, MyD88.

7.  The Nuclear factor kappa-light-chain-enhancer of activated B cells (NF-κB) is a protein complex that is present in the cells in its inactivated form. It acts as a first responder in case of harmful stimuli, controlling the transcription of DNA, cytokine production, and cell survival.

8.  TNF, IL-1, IL-6 & IL-8 are pro-inflammatory cytokines, which stimulate the release of prostaglandins and leukotrienes. This then leads to inflammation and possibly to septic shock, the main symptoms of endotoxemia.

In summary, when LPS pass into the bloodstream, they trigger an immune response that leads to fever, a lower feed intake, and, occasionally, septicemia. Energy is diverted to sustain the elevated immune response; thus, endotoxins depress growth performance and feed efficiency. LPS also trigger or exacerbate diverse diseases or disorders that hinder animal health, such as heat stress and oxidative stress, and they mediate immune-pathological alterations in the liver, the bursa, and the intestine, as well as in the reproductive tract.

Repeated exposure to LPS induces immune tolerance towards Gram-negative pathogens. This happens because anti-inflammatory cytokines are released to prevent tissue damage from excessive inflammation. Immunosuppression due to endotoxin tolerance may lead to an increased risk of secondary infections and low vaccination titers. Frequent exposure to Gram-negative pathogens and larger bacterial loads result in faster acquisition of tolerance. Poultry production animals in continously stressful situations are particularly at risk of developing endotoxin tolerance and associated diseases.

The gastrointestinal tract and its mucosa are the largest immune organ, where several immuno-regulatory mechanisms simultaneously defend the body from harmful agents. The gut houses a diverse community of bacteria – including Clostridium perfringens, which may cause necrotic enteritis –, fungi, protozoa, and viruses, which lines the intestine walls. Gram-negative bacteria are part of poultry animals' microbiota; thus, there are always LPS in the intestine.

Under eubiosis, this does not affect animals negatively because intestinal epithelial cells are poorly responsive to LPS when stimulated from the apical side. However, when the LPS are present in the basolateral membrane, and inflammatory cytokines are upregulated, they stimulate the secretion of LBP into the intestinal lumen. Then, TLR4 and MD2 are expressed in the apical side of the intestinal cells, the immune response starts, and changes in the epithelial structure and functionality occur.

The tight junctions are central to the selective barrier function of the intestinal epithelium. They are constituted by proteins that seal the paracellular space between adjacent epithelial cells. These dynamic structures interact and respond to the intestinal environment and the factors influencing it, including feed, nutrients, bacteria, and toxins.

Figure 4: Intestinal epithelial cells and their junctional complex (which holds together adjacent cells) 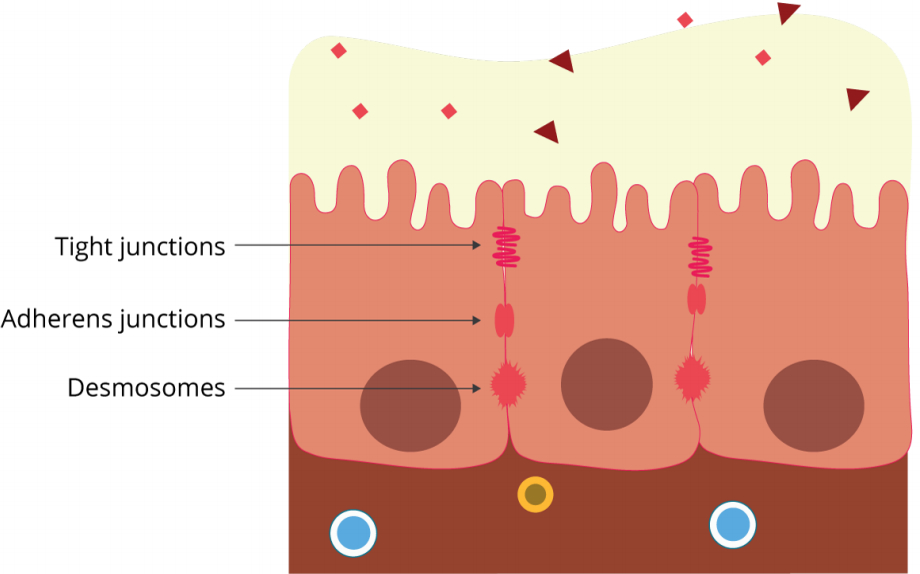 The increased expression and circulation of pro-inflammatory cytokines – which can be triggered by LPS – negatively affect the expression of tight junction proteins. This compromises the intestinal barrier function, increasing intestinal permeability and predisposing animals to disease.

Figure 5 shows the reduced expression levels, relative to the control animals, of tight-junction proteins in the jejunum of 21 day-old broilers that were challenged with an intraperitoneal injection of 1mg/kg of weight of LPS (days 17, 19, and 21). The LPS-induced upregulation of INF-γ and IL-1, also demonstrated in this study, accounts for the reduction in tight junction protein expression.

Figure 5: Expression of tight junction proteins (relative to the control group) in the jejunum of broilers (adapted from Jiang et al., 2019) 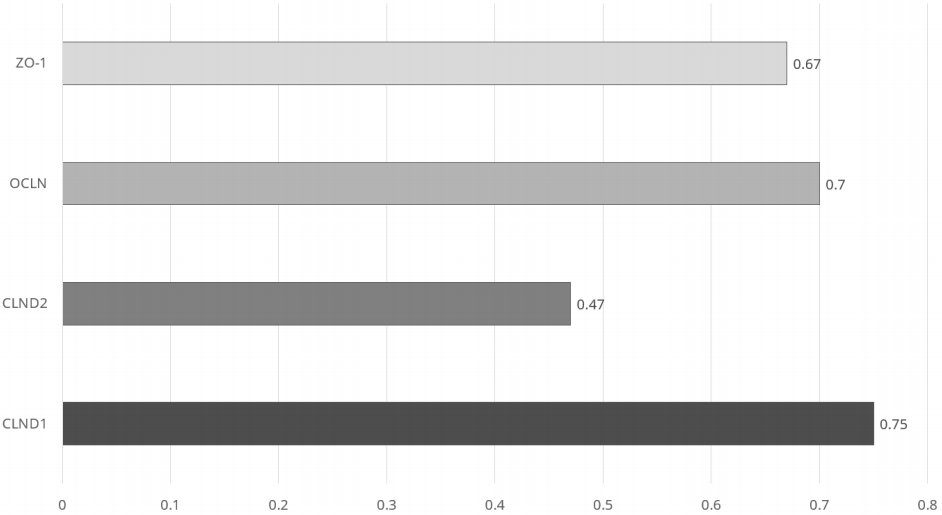 Figure 6 collates the results from different studies with LPS challenges from 0.5 to 1.5 mg/kg of body weight (in order of lowest to highest challenge). Serum MDA ranges from 1.3 to 1.7 times the level of a non-challenged control, demonstrating that LPS challenges induce oxidative stress in the small intestine.

Figure 6: Serum MDA levels (relative to the control group) of broilers challenged with different levels of LPS (by intraperitoneal injection) 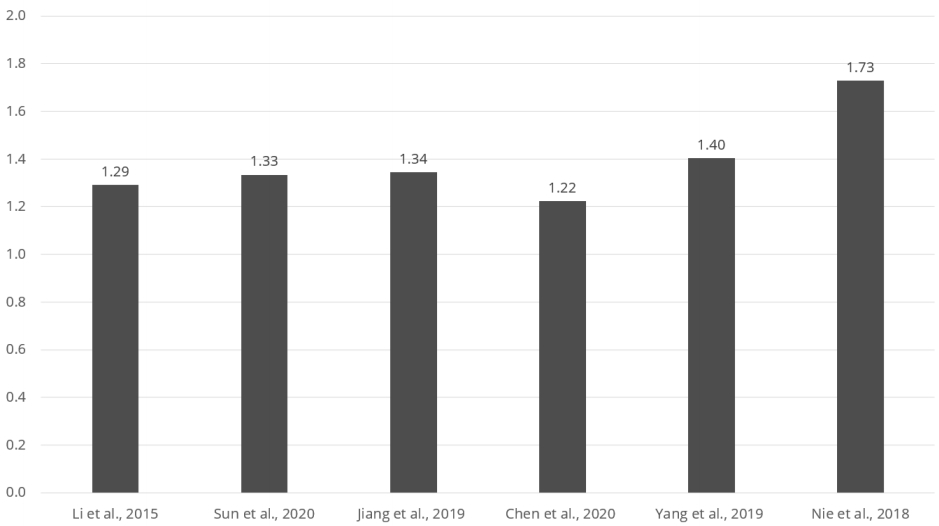 Inflammation and oxidative stress can induce disproportionate apoptosis (Figure 6) and declined cell proliferation at the intestinal level, damaging the barrier and immune function. Initially, apoptosis is triggered by the upregulation of TNF-α, and, at a later stage, by higher oxidative stress.

Figure 6: Apoptotic index of enterocytes from the jejunum and ileum of LPS-challenged birds (adapted from Jiang et al., 2019) 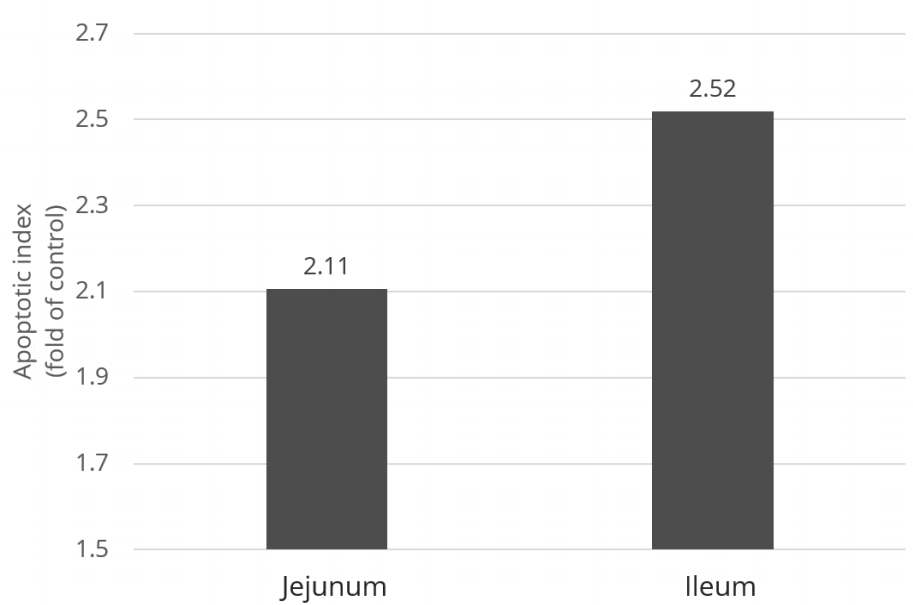 We learned how LPS start an immune response that leads to fever and lower feed intake and depresses growth performance and feed efficiency. This happens because the animal needs to divert energy to the immune system to support its elevated response.  Repeated exposure to endotoxins, most likely due to stress, can suppress the immune response, which renders poultry production animals more susceptible to disease.

We explore how endotoxins affect welfare and performance in poultry production animals and the different factors that influence the extent of losses in part 2. Also, check out part 2 to learn about how gut health management and the smart use of anti-endotoxin products can support poultry producers in tackling endotoxins.

Article made possible through the contribution of Guillermo Gaona, Marisabel Caballero and EW Nutrition