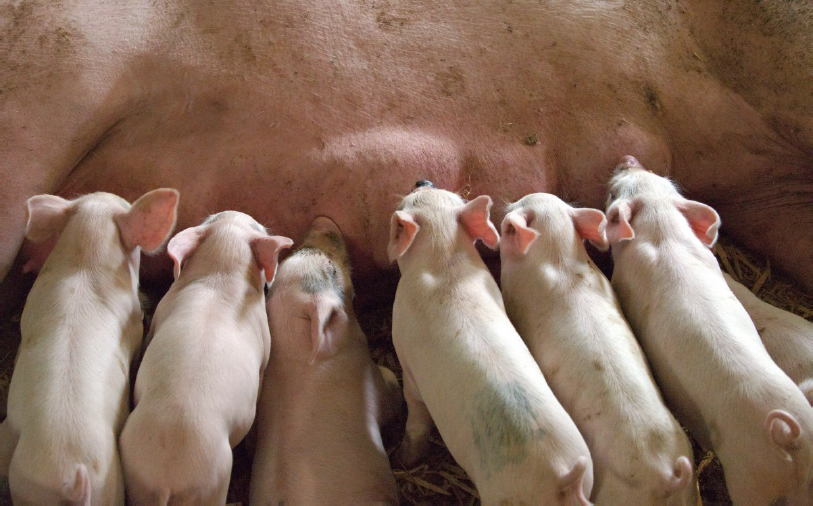 It is generally agreed that good gut health is effective against intestinal pathogens, a strategy that has only been made possible through the removal of antibiotic growth promoters in feed. Creating and maintaining a healthy intestinal environment has become essential to productivity and food safety programmes alike. Maintaining a healthy gut requires up to 25% of the daily protein and 20% of the dietary energy supplied with the feed. This strategy should be carefully planned into the dietary programme, in order to not waste resources (Hittel and Lückstädt, 2017).

The application of organic acids and their salts to diets for pigs has been studied extensively for more than 50 years. They have proved especially effective in maintaining growth performance since the ban on antibiotic growth promoters came into effect in Europe. Numerous trials have demonstrated their mode and magnitude of action and established effective doses for piglets, fattening pigs and sows. The use of formic acid and its double potassium salt in particular has been the subject of intense investigation, with the result that we now understand its dose-dependent effect on growth performance and feed conversion in pigs under a range of different environmental conditions and feed formulations (Lückstädt and Mellor, 2011).The main mode of action is its antimicrobial effect, which makes it comparable with antibiotic growth promoters; but organic acids also reduce pH in the stomach, which optimises conditions for pepsin activity; and increases the digestibility of nitrogen, phosphorus and a number of minerals. This is not only beneficial in sparing nutrients, but it also prevents losses that might otherwise contribute to environmental pollution.

While biosecurity and hygiene in the feed mill and on farm are essential, the acidification of feed ingredients or finished feeds with organic acids also offers considerable benefits to bacterial control. Feed acidification is not only effective within the feed; possibly its biggest benefit occurs within the pig itself. Research trials in the UK, France and Ireland with 0.6% dietary potassium diformate (KDF; traded as FORMI, ADDCON), showed significantly reduced Salmonella count in the feed as well as in the gut of pigs. This effect is particularly well illustrated by data collected on 12 farms in Ireland (Lynch et al., 2007). The main objective of this investigation was to evaluate the efficacy of Salmonella control measures on highly infected farms. Salmonella control has been compulsory under Irish law since 2002 and farm status is categorised by the percentage of positive pigs in a herd according to the Danish mix-ELISA test. Category 3 (>50% positive) farrow-to-finish farms and their associated fattening units were selected for the study. All the farms that were treated with KDF alone; or a combination of KDF with improved hygiene and biosecurity measures had notable improvements in both bacteriological and serological prevalence of Salmonella spp. All but one farm in which KDF was used ended the trial with a much improved Salmonella status, with bacteriological prevalence also low on most farms. Using improved hygiene and biosecurity measures alone also improved Salmonella status, but to a much lesser extent. The reduction in prevalence obtained by KDF alone, compared to the two farms which also implemented additional hygiene and biosecurity, demonstrates the additive's efficacy.

A similar impact in swine production was noted recently with sodium diformate (double salt of sodium formate and formic acid), which is produced similarly to potassium diformate with a patented production technology (Lückstädt and Petrovic, 2019).

However, while the antimicrobial impact of organic acids and their salts, including potassium or sodium diformate, is mainly directed against Gram-negative bacteria like Salmonella or E. coli, medium chain fatty acids (C-6 to C-12) have also been shown to have an antibacterial impact against various Gram-positive bacteria (Preuss et al., 2005). This is especially true for lauric acid (C-12) and its monoglyceride ester, monolaurate. Lauric acid has the greatest antibacterial activity of all medium chain fatty acids. This effect is magnified if monolaurate is used (Batovska et al., 2009), making it a promising candidate as an additive or as an alternative to antibiotics for treatment of different diseases (Rouse et al., 2005).

Despite the well documented impacts of both additives, data on the combined impact of these additives on gut health in sows under commercial conditions are scarce. The current study reviewed the impact of an agglomerate of diformate and monolaurate on its decontamination impact on pathogenic Gram-negative and Gram-positive bacteria in sow faeces, as a crucial part of a biosecurity program on-farm.

Multiparous sows on commercial farms in Germany were fed during 3 separate trials either a commercial lactation diet as control – or a test diet, which contained additionally 1% of a diformate-monolaurate agglomerate (traded as Formi 3G, ADDCON). On the 21stday of lactation, freshly excreted faecal matter was collected from all sows and analysed for E. coli, Enterococci, Streptococci and the total aerobic bacteria count. Data were analysed using the t-test and a significance level of 0.05 was used in all tests.

Results of the microbial analysis revealed a strong significant impact of the product on the bacterial population in the faecal matter of sows. This holds true for E.coliand Streptococci / Enterococci counts, as well as the total aerobic bacteria count (Table 1).

The significant reduction rates of the E. coli counts in the faeces were well above 90% and varied in the trials between 90% and 98%. Furthermore, the reduction of the Streptococci/Enterococci counts within the various trial periods were significant and varied from 75% to 99%. Finally, the count of total aerobic bacteria, among them the group of spoilage indicating bacteria, tended to be reduced (-94%).

Additional data, currently under review for the upcoming IPVS-conference later this year, are in full support of the above mentioned figures. Authors were this time able to demonstrate that the Streptococci and Clostridia abundance in the microbiome of sow faeces was significantly reduced when fed with the additive, thus enabling the suckling piglet a much higher biosecurity when at the sow.

In conclusion, the addition of Formi 3G, a 3rd generation acidifier, caused a significant improvement of the health status of sows, which is passed onto their lactating piglets. The impact against the Gram-positive Streptococci is especially noteworthy. This is particularly important since it will enable the pork-producing chain to further reduce the use of antibiotic treatments on swine farms. In these three separate trials (Hittel and Lückstädt, 2017; Lückstädt and Hutter, 2018), the inclusion of the 3rd generation acidifier not only provides a healthy gut in sows, but furthermore supports a pork production chain with reduced zoonotic pathogen pressure, thus being an essential part of any biosecurity program on-farm. This will additionally help the antibiotic reduction initiatives in the EU and world-wide.

Article made possible through the contribution of Christian Lückstädt, Stevan Petrovic and ADDCON GmbH, Bitterfeld, Germany
Video >
Technical Paper >
Mitigating mycotoxins in poultry
Mycotoxins are prevalent in nearly all feed grains worldwide. Produced by fungi in cereal grains, corn and corn byproducts such as distillers dried grains (DDGS), mycotoxins in fee ...
A wide overview on mycotoxin risk management
Effective management of mycotoxins is key for animal production, especially with the trends moving towards antibiotic reduction or even antibiotic free production. There are differ ...
Mycotoxins and biomarkers of exposure win the battle against mycotoxins
The difficulty in the mycotoxins detection in raw materials and feed, due to their heterogeneous distribution and their commonly low specific clinical manifestation, makes that man ...