Report from China: Stalosan F helps pig farmer to a new start after ASF outbreak
Celia Cheng, marketing manager, PUAI feed
The outbreak of African swine fever (ASF) has caused a huge impact on China's pig industry. Pig stocks are falling off a cliff, while prices are continuing to soar. With the strong support of the government, many farmers have begun the preparatory work for the recovery of pigs, and many of them have successfully recovered from the disease.
Facts about Huizilong pig farm
The pig farm is located in Yan'an City, Shaanxi Province. It's a small fattening farm with a capacity for 200 finishing pigs. There are two fattening units with a total area of 400 square metres.
Breeding conditions before the outbreak of ASF
On March 5, 2019, 70 healthy finishing pigs not showing signs of the disease were accommodated in the farm (avg. weight: 80 kg).
Development of the ASF outbreak
On March 6, 2019, due to the high price of local piglets, farmers bought 75 piglets (about 30 kg) from Shanxi Province. The newly purchased pigs appeared to be healthy. Three days later, however, some of them ran a fever, which was mistakenly thought to be a normal reaction to the cold weather. The pigs did not respond to the medications and became weaker and weaker. More than 20 piglets died within a week. Nearly all newly purchased piglets died after ten days. The first 70 finishing pigs were also infected. They refused to eat and were feverish. Some of them died. Finally, it was confirmed by professional veterinarians that the farm was infected with ASF virus.
About 15 days later, all 145 pigs had died. The dead pigs were handled in such a way as to avoid virus transmission and they were buried on-site.
Action after the outbreak of ASF
After the burial of the dead pigs, farmers used Stalosan F to disinfect the pig pens and the roads driven upon to dispose of the pigs – first applying the recommended dose, followed by a second disinfection of the pig pens using caustic soda, and then washed the day after.
A week later, Stalosan F was used again to disinfect the pig pens and the plot surrounding the buildings and left to rest for another week. Then another disinfection with caustic soda was performed. After ten days, Stalosan F was applied to the two pig pens and the plot surrounding the buildings a third time, just before placement of the new pigs. After the ASF outbreak, it took about a month before the restocking took place. The overall procedure included application of Stalosan F three times, and twice with caustic soda. 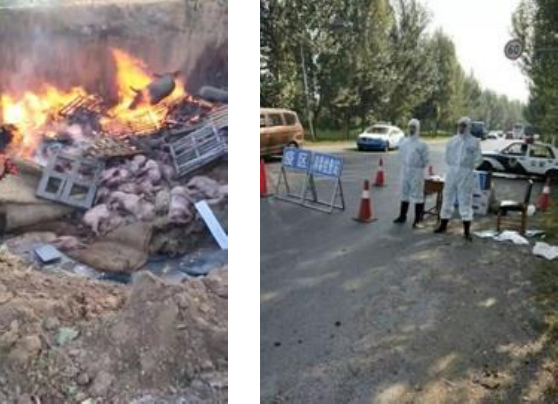 After using Stalosan F
The pig farm started production after the disinfection using Stalosan F (50 g/m 2 ). Six local healthy piglets were purchased on April 27, 2019. A month later, none of the piglets had died and they were still in good physical condition. In this period, the farm was disinfected with Stalosan F once a week using a dose of 50g/m 2.
180 piglets were subsequently purchased for breeding at the end of May. Farmers continued using Stalosan F once a week to disinfect the pig pens and the plot. So far, they have had 25 pigs with a net weight of 140 kg (for slaughter) and 155 finishing pigs above 125 kg (for sale).
Recovering after an ASF outbreak takes a long time and a lot of work.
The opportunities always come to those who are prepared. During the critical period of an ASF outbreak, effective disinfection products will greatly increase the success rate of recovery. Stalosan F is a broad-spectrum disinfection product that can inhibit hundreds of bacteria, fungi and viruses, improve the level of biosecurity in the pig farm, and ensure sustainable pig production. 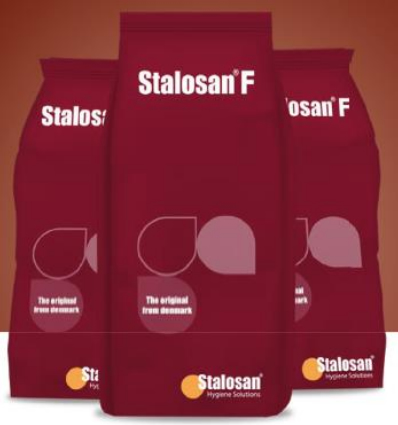 For more of the article, please click here.
Article made possible through the contribution of Celia Cheng and PUAI feed
Video >
Technical Paper >
Raising the phytase podium
Phytate is the main storage form of phosphorus in all grains, which represent the basis of most plant-based diets used in animal production. To improve phosphorus availability and ...
Exogenous enzymes as zootechnical additives in animal feed: A review
Enzymes are widely used in the food industry. Their use as a supplement to the raw material for animal feed is a current research topic. Although there are several studies on the a ...
The evolution and application of enzymes in the animal feed industry: the role of data interpretation
Enzymes have been used commercially for nearly 40 years and save significant costs through sparing of expensive nutrients but the mechanism by which this is achieved is still debat ...