April 22, 2011
Can Vietnam's swine sector keep up with pork demand?
In Asia's fastest growing feed and livestock market, the swine sector's inability to keep pace with demand could open the door to imports.
An eFeedLink Hot topic
by Eric J. BROOKS

Vietnam is one of the fastest growing markets for feed, livestock and meat consumption not just in Asia but in the whole world. It's proclivity for rapid growth in pork consumption reminds many of China's agribusiness sector in the 1980s and 1990s. However, it remains doubtful as to whether Vietnam can achieve the kind of self-sufficiency in pork which China enjoys to this day. The problem is one of high demand that is growing faster than technology or capital can raise productivity. As we shall see, this puts Vietnam's pork sector at risk of becoming import dependent at a relatively early stage of this country's development. 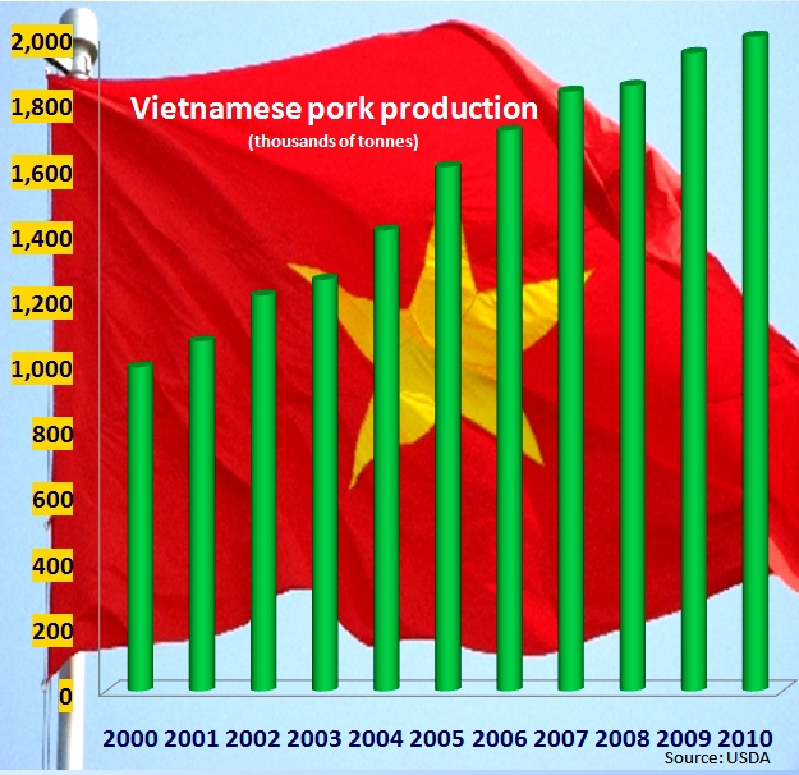