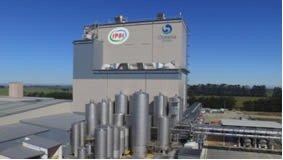 A $400 million upgraded facility at Oceania Dairy's Glenavy factory in New Zealand was launched at an event in Auckland, in late March this year, NZFarmer reports.

The Glenavy expansion is expected to create more jobs for the production of valuable milk products, and marks the second stage of the factory's development. It consists of an ultra-high temperature (UHT) plant, an infant formula canning line, blending facilities, a whole milk powder dryer, and facilities to manufacture UHT milk products and lactoferrin.

The project amounted Yili Group's investment to more than $600 million.

The new facility shows Yili's long-term commitment to employment in its respective district, Waimate Mayor Craig Rowley said at the launch event. His sentiments was echoed by Pan Gang, Yili chairman and president, who expressed his company's dedicated focus to New Zealand.

The Glenavy factory in South Canterbury employs about 120 staff, with more than 90% being local residents. More personnel are expected join the recent expansion's workforce through an Oceania Dairy recruitment drive.

According to Andrew McFarlane, a fourth-generation dairy farmer, local suppliers appreciate Oceania Dairy's support during a particularly challenging year. From 67, the number of farmers delivering milk to the Glenvay factory has grown to 72.

With the completion of the new facility, South Canterbury and milk suppliers there stand to benefit economically.

According to NZFarmer, a set-price mechanism is established for a guaranteed milk price expected to help farmers improve their cash flow management.