Herd level antimicrobial usage data were used to calculate the “treatment incidence” (TI) per herd and age category by the formula described below and as described and used before in several publications [1, 20, 27, 28].
The TI is a technical unit of measurement that quantifies how many animals out of a theoretical group of 1000 animals received daily an AM treatment. Or, if one animal would live for a theoretical period of 1000 days, how many of these days it would have been treated with an antimicrobial. Divided by 10 this gives the percentage of the lifespan an average animal on this herd was treated with a daily dose of antimicrobials. Combined TI's were calculated for sows, gilts and boars (TI Breeding) and over a standardized period at risk of 200 days for the lifespan of a pig from birth until slaughter (TI 200). The 200 days, as the standard duration between birth and slaughter, was agreed upon based on consensus between the project partners from the participating countries. This TI 200 days makes it easier to compare the usage over countries, since the period at risk is standardized between these countries. For sows the period at risk was set to 1 year.
Table 1  Results of univariable and multivariable general linear regression models 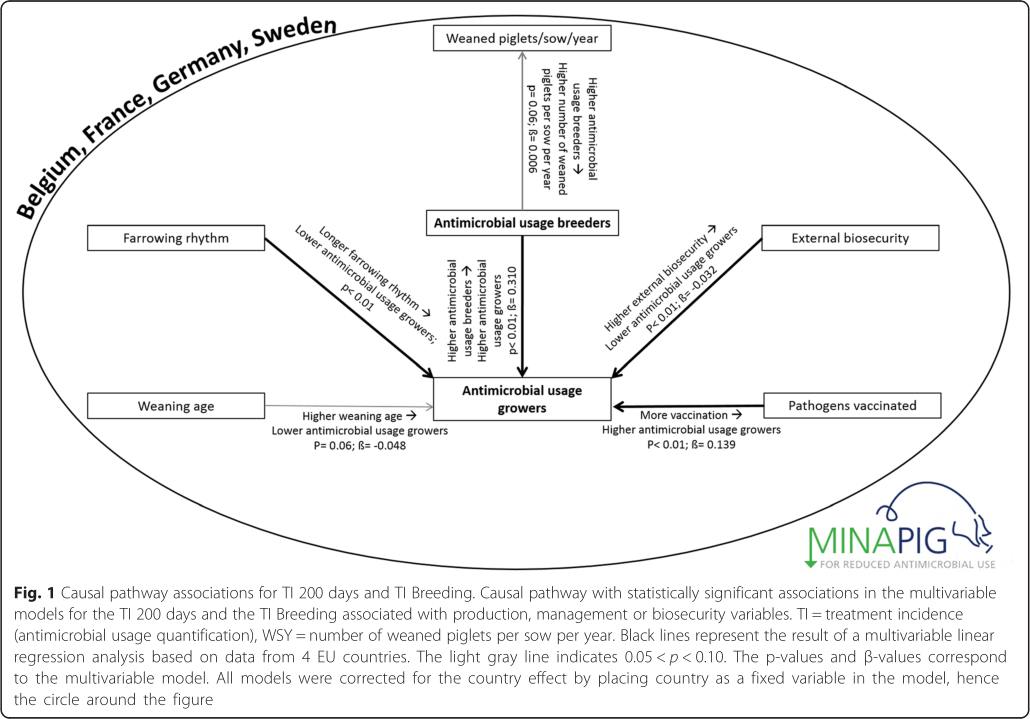 Article made possible through the contribution of M. Postma et al.