A total of 4.5 million pounds of shrimp were landed in the Gulf of Mexico during the first two months this year, according to data released by the National Oceanic and Atmospheric Administration (NOAA), the Southern Shrimp Alliance (SSA) reports.

This figure represents the lowest total for this time period reported for the region in the historical dataset maintained by the SSA since 2001.

SSA noted, though, that these low volumes might be due to problems with data reporting in three of the five states in the Gulf of Mexico. No shrimp landings, for example, have been reported in Mississippi for the first two months of this year, while landings reported on the west coast of Florida were less than half the prior 18-year historic average and the lowest reported over the last 19 years.

Landings in Louisiana over the first two months were also reported to be nearly 70% below the prior 18-year historic average.

This "problematic" reporting, said the SSA, is inconsistent with NOAA's reporting for Alabama and Texas, where shrimp landing volumes this year have been in line with shrimp landings over the first two months in those states during the previous four years. 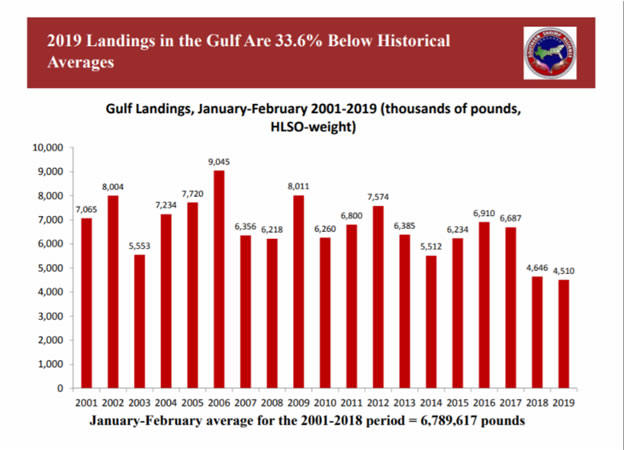