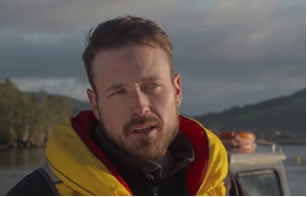 Cermaq has appointed David Kiemele as it new managing director for its operations in Canada, the company announced.

Kiemele joined Cermaq in May 2016, and has over 17 years of industry experience, with time spent in both British Columbia and Tasmania.

He started with Marine Harvest Canada, spending five years in marine production, before joining Tassal in 2005. There, he held the positions of regional manager, general manager, and for the last six years, as head of farming, reporting to the CEO.

Since May 2016, David has held the title of regional production manager overseeing the marine production and processing operations in Tofino. He has trained as an as aquaculture technician, and studied executive management from Melbourne University and through Harvard Business School.

"We are proud that we found the best candidate for managing director internally. David has already made a significant contribution in Cermaq, and I am confident he is the right person to build our operations in BC. I look very much forward to having David on the global management team," CEO Geir Molvik said.

"I am delighted and excited to take on board this new position, and the responsibility that comes with it to build Cermaq Canada into the customer's choice for farmed salmon. It is a great organisation, with dedicated and passionate people, that produces a fantastic product. Working in partnership with nature, our stakeholders, striving to deliver our customers the best quality salmon will always be our priority," Kiemele commented.

He will take up his new position on April 29.