At BIOMIN's "Phytogenics in Focus" seminar at VIV Asia 2017 in Bangkok, Thailand, swine and poultry experts agreed that there is increasing research to suggest that phytogenics is an effective component of an AGP replacement or reduction strategy.

He concluded that with "efforts to isolate, characterise and titrate the effective dose of specific phytogenic compounds, and optimal combinations, the consistency of responses will improve".

Edwards' conclusion probably sheds positive light on BIOMIN's recent "Phytogenics Feed Additives Survey", which revealed that the lack of commercial trial results and scientific studies is one of the key reasons preventing the industry from confidently using phytogenics. The survey was presented by Marc Guinnement, managing director of BIOMIN Asia Pacific.
Just like Edwards, in his "Key Lessons on Phytogenics in Poultry", Maarten de Gussem of Vetworks, Belgium, concluded that phytogenics should be part of a holistic solution which includes other alternatives like probiotics, enzymes and organic acids.
Neil Gannon, regional product manager of BIOMIN Asia Pacific, also launched the company's 'next-generation' phytogenic Digestarom® DC at the seminar, which uses encapsulation technology for the targeted release of phytogenic compounds. 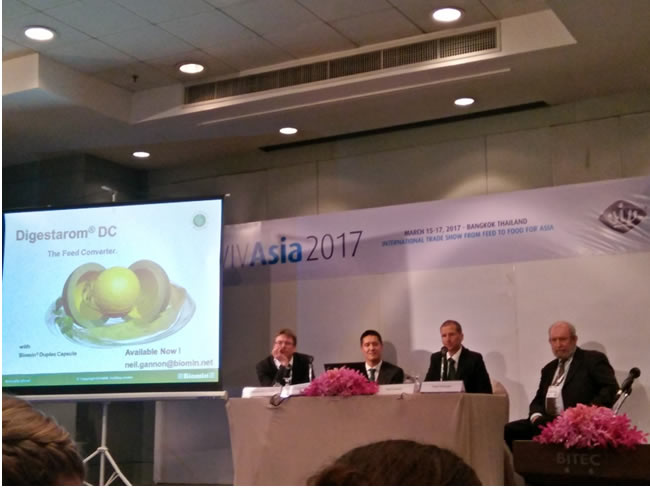