Asia's growing middle class populations are driving animal protein consumptions, and as the development pressures livestock sectors into meeting demand for high-value meat, production cost is rising faster than the output, said the managing director of Ayurvet, Mohan Saxena, during the "Phytogenics strategies to improve farm profitability" symposium on March 16, at Novotel Bangkok Bangna in Thailand. 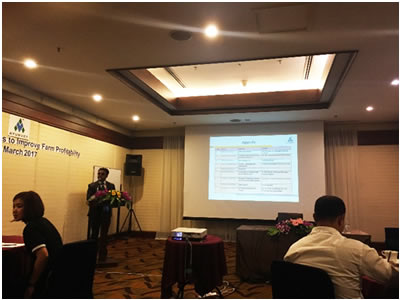 More worrying though, respiratory disease outbreaks appear to overwhelm farmers in India. Back then, the common rationale in combating these threats would be to continue administering antibiotics to affected livestock. This controversially led to the evolution of superbugs, drug-resisting diseases that are able to impact human health via consumption of infected meat. Without proper application, veterinary drug could even leave behind carcinogenic residues on meat products.

As Saxena pointed out, the consequences will not be revealed overnight, but instead over a considerable period of time that the ill effects on consumers due to tainted food become noticeable. Calling for the improvement of quality in food production, he stated that the matter is ultimately about "healthy human life" and the need to ensure safe food for future generations.

The context of Saxena's opening speech backed the introduction of Ayurvet's herbal animal health care products as safe, natural alternatives. Among the new products presented by Dr. Praful Kumar - Ayurvet's senior manager for international business - for the 2017 season is NBIOTIC, a natural growth promoter that inhibits pathogenic bacteria and promotes intestinal micro biocenosis in animals. The results are better gastro intestinal health, growth performances and feed efficiency, with the benefits of a stabilised gut mucosa and mitigation of incidences concerning diarrhoea and enteritis. 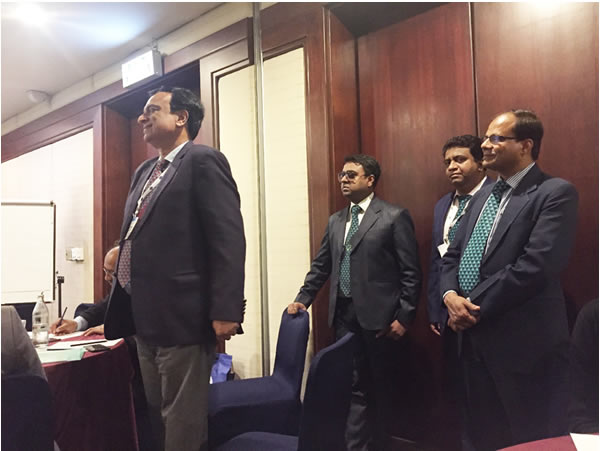 Introduction of Ayurvet's key executives during the company's symposium in Bangkok, Thailand.

In the evening event's second presentation, Dr. Shivi Maini, scientist for clinical research at Ayurvet, extolled the efficacy of NBIOTIC by showing a slew of researches and trials conducted by both local and foreign scientists.

Results from the studies showed that the herbal feed additive could help to enhance meat quality attributes. It is also observed to modulate genes expression of glucose metabolism genes and immune markers as well as increasing nutrient digestibility and bringing about intestinal morphological changes. Additionally, NBIOTIC helps to cut down ammonia emission and improve footpad scoring. 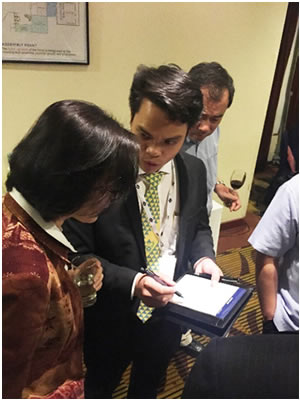 Ayurvet distributor Nguen Van My shares his insight during the symposium's dinner.

The emphasis on scientific facts is one of Ayurvet's critical drivers to bolster the credibility of its herbal care solutions.

Years ago, the company risked losing relevancy as detractors questioned the quality of its products, thus providing the impetus to have these validated by trusted voices in the scientific community, Saxena admitted.

Today, Ayurvet puts science behind its expertise and is looking to aid the livestock sector in preventing diseases from striking in the first place, rather than helping to manage them later when outbreaks occur.

In the symposium's final presentation, Nguyen Van My, commercial and technical director of AVAC - an Ayurvet distributor, testified about the positive effects induced by one of the company's products among swine herds in Vietnam.

The event - which was held during Ayurvet's appearance at the VIV Asia agribusiness trade show -ended with other distributors attesting the benefits of Ayurvet solutions to animal health.