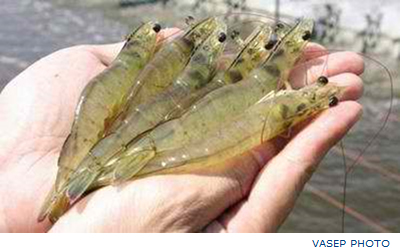 The price of raw pangasius in February 2017 rose slightly. The harvest production of pangasius in January-February settled at 179,700 tonnes, down 1.2% year-on-year.

Brackishwater shrimp farming activities in January-February was better than in the same period last year, as the harvest production of shrimp during the two-month period was 43,700 tonnes on a farming area of 448,000 hectares.

Vietnamese shrimp were exported to 93 markets last year, compared with 95 in 2015.

The recovery in shrimp sales in 2016 was attributed to upward trend in global shrimp price, higher demand from importing markets, rise in the output of shrimp, and more stability in currencies in the world.

Prime Minister Nguyen Xuan Phuc wants Vietnam's shrimp sector to aim for an export value of $10 billion in eight years' time, or by 2025.