Arend Kuperus joins Jamesway as sales director for the EMEA/CIS Sales region which includes the EU countries, Eastern Europe, Russia, the former CIS countries (such as Ukraine, Kazakhstan, Uzbekistan, etc.), the Middle East and Africa, while Ignacio Navarro has joined as manager of Asia and Pacific Sales extending from Pakistan to New Zealand, including Japan and China.

Mr. Kuperus is a Dutch citizen with vast experience in the food industry after working in many areas of the livestock supply chain. He has worked in Egypt, New Zealand, China, Russia, the US and has travelled extensively in Europe, Russia, the Middle East and parts of Asia.

Kuperus has dealt with many of the major food companies that are among Jamesway's key international clientele, and he brings broad experience in working directly with customers as well as serving them through various distribution channels. Kuperus has "a sharp eye for product development and solid knowledge of manufacturing and quality processes" that will fit well with Jamesway's plans for international expansion.

Kuperus commented on his new role: "I am thrilled to be part of the Jamesway team. My entire career has been spent in the farming industry and I look forward to continuing that tradition by providing "best of industry" incubation solutions to Jamesway's current and future customers."

Jamesway also welcomes Ignacio Navarro as manager of Asia-Pacific sales extending from Pakistan to New Zealand, including Japan and China. Mr. Navarro, who hails from Barcelona, has a Bachelor of Veterinary Medicine and Public Health and has a Masters in both International Commerce and Marketing. He has lived in the UK, Thailand, Vietnam and Indonesia and worked in export sales and sales management positions over the last 15 years.

Navarro has a solid background in the food industry, working with Spanish companies such as ANABIOL, NOVUS InGASO (Animal Nutrition) and ARUAS Poultry Equipment S. A. and DAGI S. A. (Farm Equipment and Ventilation), and has rounded out his work experience with a brief time in health care. He also ran his own import/export company.

Throughout his career, he has gained an excellent understanding of the business climate in the region and accumulated knowledge of many of the major food companies that are also Jamesway clients. Navarro believes that his background and understanding of the incubation process, combined with his sales experience will help him to create the solid relationships that Jamesway forms with its customer base. 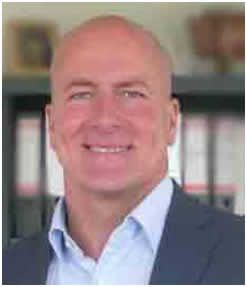 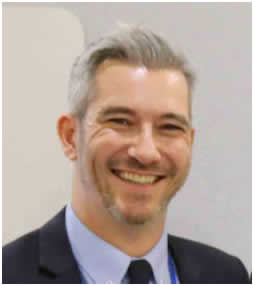