Xingjia was recognised for its product and technological strengths, as well as its fast-growing brand influence. It is also the only enterprise that has won the honour in the trace elements sector.

The award is recognised as the national benchmark for feed additive enterprises. It serves the Association's purpose of encouraging advancement in the sector, and guiding it to establish new concepts in green innovation, sharing, coordination and openness in the sector. Based on the agriculture ministry's "2016 recognition programme", following voluntary admission into the awards, recommendation by the Association, online public voting and expert judging, the top 20 enterprises were selected.

From the results of awards such as the "2016 National Top-20 Feed Additive Enterprises", it is evident that winners such as Xingjia have gained due recognition from government authorities and consumers alike, as being leaders in their sectors.

Xingjia says winning the award has motivated them further to live by their "spirit of social responsibility, cooperation and dedication" to the trace elements sector. 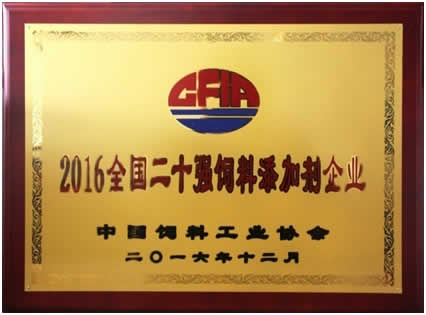 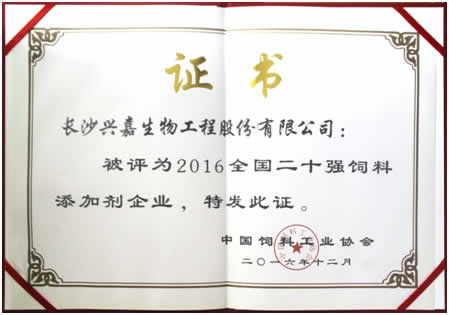