INDUSTRY NEWS
The latest Food and Agriculture Organization survey on seafood consumption has found South Korea as the most voracious consumer of fish and other seafood products in the world. The average South Korean ate an average 58.4 kilogrammes of seafood a year during the period 2013-2015, according to the study.
FAO REPORT
South Korea world's No. 1 seafood consumer
A Food and Agriculture Organization (FAO) survey showed that South Korea is the top seafood consumer in the world, Yonyap News Agency has reported.
The survey, entitled "The State of World Fisheries and Aquaculture", found that the average South Korean consumed an average 58.4 kilogrammes of seafood a year during the period 2013-2015, followed by the average Norwegian with 53.3 kg, Japanese with 50.2 kg, Chinese 39.5 kg and Vietnamese 35.4 kg.
The study included 24 countries whose demand for seafood products was high.
The US' average yearly consumption was 23.7 kg, and that of the EU was 22 kg.
The average consumption for members of the Organization for Economic Cooperation and Development was 24.7 kg.
In the 1960s, the global average was 9.9 kg.
According to the report, the volume of fisheries demand will rise 18.4% from 39.15 million tonnes in 2014 to 46.36 million tonnes in 2025.
Asia will be the biggest seafood seller, accounting for about 67% of total exports, the report said.
IMPORTANCE OF FEED ADDITIVES STRESSED
BIOMIN paper explores profitable, sustainable aquaculture

BOOTH DOUBLE LAST YEAR'S SIZE
GAA gearing up for larger presence at Boston seafood expo
The Global Aquaculture Alliance (GAA) will be making its presence more felt at Seafood Expo North America (SENA) this year with a larger exhibit.
SENA, North America's largest seafood trade show, with more than 1,000 exhibiting companies from over 40 countries, takes place at the Boston Convention & Exhibition Center (BCEC) in Boston, Massachusetts, USA, from March 19 to 21.
GAA said it will exhibit at booth No. 481, which is the same as last year. However, the 400-square-foot exhibit is brand-new and double in size.
The GAA exhibit will have information on the Best Aquaculture Practices (BAP) third-party certification programme, as well as information on GAA's pre-competitive activities including GAA membership, GOAL 2017 conference, Global Aquaculture Advocate website, Responsible Aquaculture Foundation e-learning program, MyGAA online community and GAA Films. Both MyGAA and GAA Films are new to the GAA family.
Among the events taking place are the GAA membership meeting and board of directors' meeting on March 18, BAP dialogue meeting on March 19 and premiere of GAA Films on March 19.
In addition to the exhibit, GAA has reserved Room 205C for meetings; the room is located at the west side of the BCEC, facing downtown Boston.
Following is the schedule of events released by GAA:
Saturday, March 18
10:30 a.m. to 12 p.m.—GAA membership meeting, Room 205C; open only to GAA members.
12:30 p.m.—GAA board of directors' meeting and discussion, Room 205C; open only to GAA board members. Light lunch will be served at 12:30 p.m.
Sunday, March 19
10:30 a.m. to 12:30 p.m.—BAP dialogue meeting, Room 205C: GAA's annual update on the BAP third-party certification programme. Among the topics on the meeting agenda are new facility growth and development, iBAP programme, market development, biosecurity area management, programme integrity and the new online portal.
Monday, March 20
1 p.m.-2 p.m.—cooking demonstration featuring four-star BAP tilapia from China, Cooking Demonstration Theatre, Show Floor, 3300 Aisle. Chef Rut of Sunnyvale Seafood/Guangdong Gourmet Products will be preparing a variety of Asian-inspired dishes featuring four-star BAP tilapia from China. Learn more about sourcing tilapia from China, responsible aquaculture and the BAP third-party certification programme. The cooking demonstration is sponsored by the China Aquatic Products Processing and Marketing Alliance. Chef Rut (Panurat Poladitmontri) has 30 years of culinary experience as a restaurateur, cookbook author, developer of Thai food product lines and foodservice consultant. Together with Judy Lew, he penned "Thailand the Beautiful Cookbook" to commemorate the Queen of Thailand's 60th birthday. He owns Harbor Café in Seattle.
4 p.m.-5 p.m.—Premiere of GAA Films, GAA booth No. 481. Join GAA for the premiere of GAA Films' first short film. GAA Films is a short film initiative setting out to highlight the untold stories of the different stakeholders in aquaculture. This first film features the life of a second-generation, women-owned farm raising trout in rural Mexico. Complimentary beer and wine will be served. 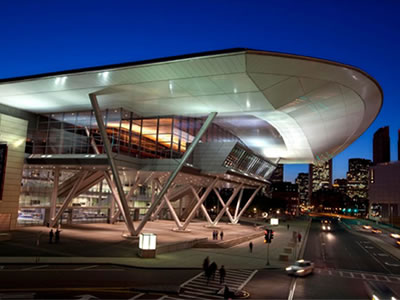 MSD Animal Health (known as Merck Animal Health in the US and Canada) has announced its membership with the Global Salmon Initiative (GSI), a leadership programme by global farmed salmon producers that is focused on accelerating sustainability for salmon farming.
"The global salmon business has a very bright future with strong demand and healthy growth," Dr. Chris Beattie, MSD's head of global aquaculture, said. "We align very closely with GSI's vision of providing a highly sustainable source of healthy protein to feed a growing global population, while minimising its environmental footprint. With fish health and welfare central to the future success of salmon farming, we see a natural fit between MSD Animal Health and GSI."
By 2050, it is estimated that the world's population will increase by 34% to 9.1 billion people—doubling the demand for global food production, including fish protein. The Food and Agriculture Organization (FAO) of the United Nations also estimates that about one billion people worldwide rely on fish as their primary source of animal protein. A healthy source of protein and essential fatty acids, farmed salmon is vital to balancing the needs of feeding the growing global population, and meeting the demand for healthy and sustainable protein production.
MSD Animal Health said it was committed to supporting global farmed salmon producers through a wide range of products and services for the environmentally and economically sustainable control of major aquaculture diseases around the world.
SUPPORTING MEMBER
Nutriad joins European Association of Fish Pathologists
Multinational feed additives producer Nutriad has become a supporting member of the European Association of Fish Pathologists (EAFP).  The EAFP, established in 1979, is an interdisciplinary society, embracing all aspects of aquatic disease in fish and shellfish, in aquaculture and in wild stocks. It recognises the importance of direct contact between research workers and the need for rapid dissemination of information, promoting the exchange of knowledge, and assistance in the coordination of research related to fish and shellfish pathology.
The biannual conference of the EAFP is one of the most important events on fish and shellfish pathology research globally. Gathering specialists from around the world, this event is popular for both researchers and industrial partners.
Nutriad, through its specialised business unit Aquaculture, recently increased its focus on the development and commercialisation of natural health-promoting additives for fish and shrimp.
"Aquaculture producers are increasingly suffering economic losses from a wide variety of diseases and parasites which affect productivity in all regions and species. There is a growing interest in prevention strategies based on natural solutions and we are increasing our efforts in developing more specialised feed additives in this area", said Dr. Peter Coutteau, business unit director, Aquaculture.
"Recent trial results under lab and field conditions have shown promising results in critical diseases in aquaculture such as protozoan gut parasites in marine fish and white faeces syndrome in shrimp. Some of the results will be published in the coming months and will be submitted for presentation at the upcoming EAFP meeting in Belfast during September 4-7", said Dr. Mercè Isern Subich, business development manager, Aquaculture Health.
Nutriad delivers products and services to over 80 countries through a network of own sales offices and distributors. It is supported by four application laboratories and five manufacturing facilities in three continents.  Find out more at www.nutriad.com.
SEAFOOD INTELLIGENCE REPORT
Cermaq most transparent seafood firm

Cermaq is once more rated as the most transparent company in the seafood business, providing customers with insight and building trust based on its leadership in sustainability, the company said.
Seafood Intelligence has released its report where the 100 largest seafood companies are scrutinised in the aspect of transparency.
"We are pleased to comment on Cermaq's performance as the firm has consistently displayed an outstanding level of transparency, since we started monitoring the salmon farming industry's performance seven years ago", said Bertrand Charron, editor of Seafood Intelligence and author of the yearly "Top 100' Seafood Sustainability Reporting & Transparency Benchmark".
Cermaq CEO Geir Molvik said sustainability, transparency and comprehensive reporting were key parts of Cermaq's operations. "Our customers show a growing attention and interest in the transparency about the products and our production. Our comprehensive and audited reporting provides customers insight and trust which is key for building partnerships".
Cermaq has been a driver for industry sustainability as one of the founding members of the "game-changing" Global Salmon Initiative (GSI) in 2013.
In the past months, Cermaq has selected a few key engagements to actively contribute to the United Nations Sustainable Development Goals (SDGs), particularly "Goal 14, Life Below Water". Key partnerships include the Keystone Dialogues together with seven of the largest global seafood companies including Cargill and Thai Union. The partner companies are committed to lead the way on ocean sustainability through concrete commitments to transparency and sustainable practices in their operations and in their supply chains.
In January, Cermaq also joined the FReSH initiative to integrate sustainable aquaculture in the ongoing work to define healthy and sustainable diets, and road maps for responsible food production. This initiative is led by EAT and the World Business Council for Sustainable Development, and includes 25 companies including Danone and Unilever.
"These initiatives, and several others, are a clear demonstration of the firm's dedication to sustainability issues in the realm of aquaculture and fisheries. Furthermore, the seafood industry and its stakeholders – from suppliers to retailers and consumers – should take stock of the fact that Cermaq is currently the world's only seafood company to have embarked upon, not only annual but also, quarterly sustainability reporting" Bertrand Charron says.
Cermaq will publish its quarterly results for Q4 2016 shortly and the full GRI sustainability report for 2016 in April.