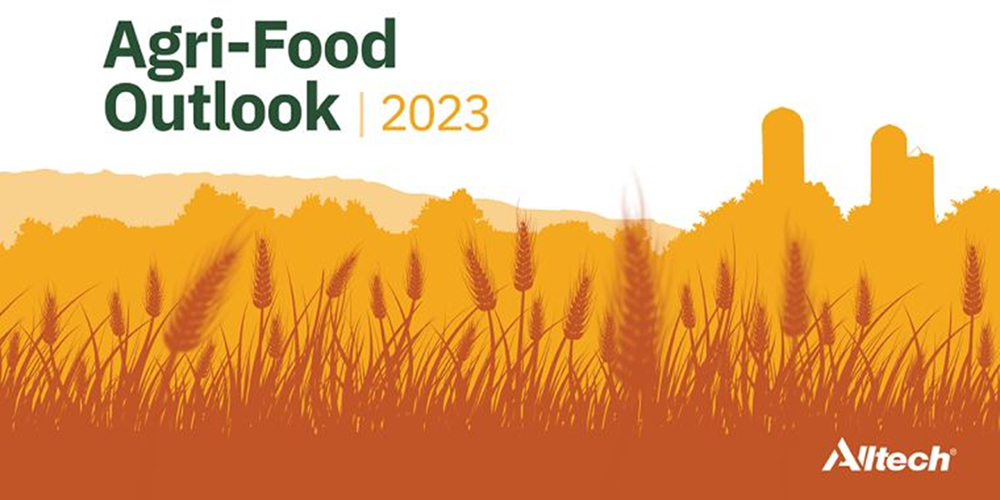 Despite significant macroeconomic challenges that affected the entire supply chain, global feed production remained steady in 2022 at 1.266 billion tonnes (BMT) in 2022, a decrease of less than one-half of 1% (0.42%) from 2021's estimates. The annual survey, now in its 12th year, includes data from 142 countries and more than 28,000 feed mills.

Europe bore the brunt of the impact, including significant disease challenges, severe weather and the impacts of the war in Ukraine. The global COVID-19 pandemic has had major impacts on the agri-food sector, contributing to supply chain challenges and accelerating the adoption of new technology and environmental sustainability practices.

Together, the top 10 countries produced 64% of the world's feed production, and half of the world's global feed consumption is concentrated in four countries, namely, China, the US, Brazil and India. Vietnam experienced a great recovery in terms of its feed tonnage in 2022, entering the top 10 ahead of Argentina and Germany and crowding out Turkey, which reported reduced feed tonnage. Russia overtook Spain, where there was a significant reduction in feed production.

Key observations from the survey are:

- Although it experienced a narrow reduction in feed production, China remains the largest feed-producing country in the world, followed by the United States and Brazil.

- The poultry sector experienced increases in both layer and broiler feed production. Avian influenza, other diseases and the high costs of raw materials affected the layer sector in many markets, especially in Asia, Europe and Africa. On the other hand, growth in the sector was boosted due to bigger challenges in other sectors that led to increased demand for eggs. Overall, layer-sector feed production increased by 0.31%. While the overall tonnage in the broiler sector increased by 1.27%, there were significant differences from country to country. Overall, feed production growth in the broiler sector was reported mainly from the Middle East, North America and Latin America;

- Pig feed production was down globally in 2022 by almost 3%. African swine fever (ASF) and high feed prices depressed pig production in many countries. However, in Vietnam, China, South Africa, Brazil and Mexico, better pork prices and other market conditions led to growth in the sector;

- Dairy feed tonnage decreased by 1.32%, mainly due to the high cost of feed combined with low milk prices, which caused farmers to reduce their numbers of cows and/or rely more on non-commercial feed sources. Some exceptions included Ireland, where drought caused farmers to rely more on commercial feeds, and New Zealand, where milk prices were higher;

- Beef feed production decreased slightly by 0.34% globally. The downward trend continued in Europe, but increases were seen in almost all other regions. In Australia, the reduction in feed tonnage was a result of plentiful grass and not a reflection of any changes in the demand for beef;

- North America reported an increase of 0.88% (2.272MMT) and the US remained the second-largest feed-producing country globally, behind China. Growth was reported in the broiler, beef and pet food sectors;

- Latin America experienced growth of 1.6% (3.006MMT), and Brazil remained the leader in feed production for the region and ranked third overall globally. Most of the growth was reported by Mexico, Brazil and Chile;

- Europe saw the largest decrease in feed production of 4.67% (-12.882MMT) in its feed production due to issues that include the war in Ukraine and the spread of animal diseases, such as ASF and avian Influenza (AI);

- Asia-Pacific remained flat as decreases reported in China, Pakistan, Thailand and Malaysia were offset by increases in Vietnam, the Philippines, Mongolia and South Korea. The region is home to several of the top 10 feed-producing countries, including China, India and Vietnam;

- Africa experienced a decrease of 3.86% in feed tonnage (-1.718MMT), mainly due to reductions reported in Egypt, Morocco, Kenya and Nigeria. South Africa, on the other hand, saw an increase of more than 2%, and Namibia also reported higher feed tonnage in 2022;

- The Middle East region is up significantly at 24.7% (6.301MMT), as a result of more accurate reporting and efforts by the Saudi Arabian government to increase broiler production as part of its Vision 2030 plan;

- Oceania was flat, with a small reduction reported by Australia that was offset by a slight increase reported by New Zealand.

Alltech works together with feed mills and industry and government entities around the world to compile data and insights to provide an assessment of feed production each year.

Compound feed production and prices were collected by Alltech's global sales team and in partnership with local feed associations in the last quarter of 2022.