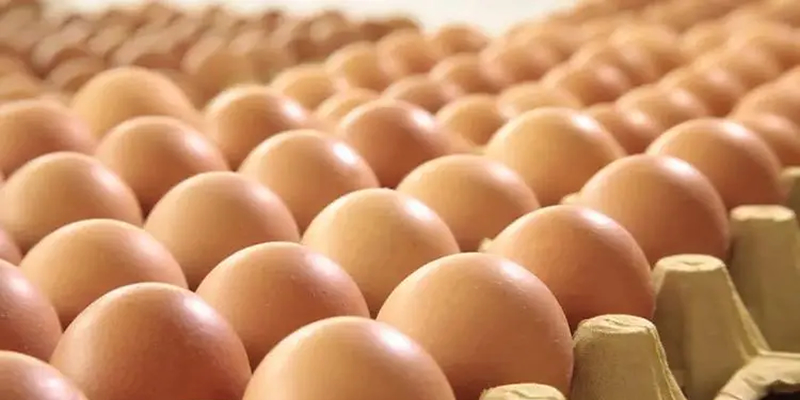 Indian egg industry officials said the country is expected to ship 50 million eggs this month, boosted by increased sales to Malaysia, where there been acute shortages due to rising feed prices, CNBC reported.

India typically exports to Middle Eastern countries including Oman and Qatar, but Indian hatcheries have received large orders from surprising quarters over the past few months as production declined in some of the biggest suppliers in the world.

Malaysia, which used to export eggs to Singapore and other Asian nations, placed the largest order of Indian eggs.

Mohamad Sabu, Malaysia's Minister of Agriculture and Food Security, visited Namakkal, in the southern Indian state of Tamil Nadu, where several top hatcheries are based, to secure egg supplies as prices rose to record highs.

Sasti Kumar, joint managing director of Namakkal-based Ponni Farms, one of India's top egg exporters, said Malaysia is purchasing large quantities of eggs from India for the first time, and it seems that India's egg exports to Malaysia will remain strong during the first half of 2023.

Kumar said India sent 5 million eggs to Malaysia in December and will send 10 million and possibly 15 million in January and February, respectively.

In many nations around the world, supplies of eggs and chicken have been affected due to the outbreak of highly pathogenic avian influenza, also known as bird flu. This has put pressure on already high food prices and led to trade restrictions from nations that import poultry.

Malaysia's prices have decreased from the record highs seen in late December thanks to imports from India. The Malaysian minister said in a statement earlier this week that the market gap had shrunk to just 1 million eggs in December from a deficit of 157 million in November.

Tan Chee Hee, president of the Federation of Livestock Farmers' Association of Malaysia, predicted that the government's increased subsidy would increase egg production in Malaysia over the coming months.

Kumar of Ponni Farms said Singapore and Sri Lanka may be the next countries to purchase from India in the near future.