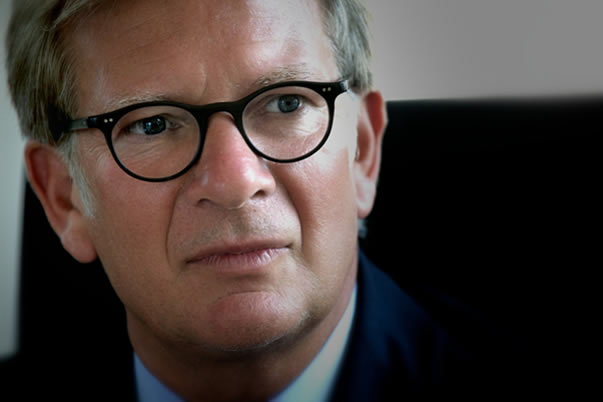 Going forward, Adisseo aims to identify the full value of RovabioÂ® when associated with various feed ingredients, with the aid of Adisseo's near infrared spectroscopy (NIR) service for precise nutrition evaluation (PNE).
Cutting edge technology
Through its years of dedicated research and the commitment to continually improve its core products, Adisseo has been able to file numerous patents under its name. Its ongoing R&D programme allows it to develop numerous innovations to improve cost effectiveness and safety while reducing its methionine production process's carbon footprint.
Adisseo's patented technology for producing SmartamineÂ® M and MetaSmartÂ® gives it a unique ability to make methionine suitable for dairy cows - yet another unique innovation made only by Adisseo.
SmartamineÂ® M encapsulation technology protects methionine from rumen degradation, yet allows it to be released and absorbed at the intestinal level, ensuring that 80% of the methionine is bioavailable. SmartamineÂ® M is suited for non-pelleted protein and feed supplements and mineral and premix operations.
Similarly, MetaSmartÂ®, the active ingredient in HMBi, is the result of esterification of an analogue of methionine. Its unique properties allow the HMBi molecule to be absorbed directly across the rumen wall. Since it does not have a physical coating, MetaSmartÂ® can be used in high-temperature, abrasive feed mixing conditions. It can be used to make pelleted feeds and also survives its inclusion into liquid feed solutions.
Going forwards, Adisseo has also intensified its R&D programme for improving its RovabioÂ®, RhodimetÂ®, and MicrovitÂ® making processes, and has already implemented some recent discoveries into their making. It is also working on product line extension through its innovation programmes.
Apart from organic growth in R&D, the acquisition of Innov'ia in 2011 allowed Adisseo to acquire unique expertise in the drying, coating and formulation of feed and food products. The acquisition of these techniques will improve the quality of existing Adisseo products and play a part in the development of new products.
And the drive for innovation does not end here. Recently, Adisseo invested â‚¬2 million (US$2.63 million) to modernise its facilities and analytical technologies at its Carat Laboratory in Commentry, France. The 1,800-square meter laboratory includes 25 physical-chemical analysis centres with 20 High Performance Liquid Chromatograph (HPLC) machines and 26 gaseous phase chromatographs (GPC). Some 50 scientists, engineers and technicians in the fields of biochemistry, physics and biology are based at the laboratory, where more than 100,000 analyses on vitamins, amino acids and enzymes are done annually.

"We have also reinforced the role of our laboratory in our Research and Development programmes, specifically in the subjects of feed additive formulation, vitamin bioavailability and stability, amino acids and thermo stable enzymes," explains Jean-Marie Dollat, senior chemistry and formulation manager.

Precision is the new buzzword
After 15 years and over 300 trials, today, Adisseo can quantify precise values on the more costly nutrients used in monogastric diets, including total and digestible amino acids, metabolisable energy and total and phytic phosphorus.
Precise nutrition evaluation (PNE) is a tool which combines near infrared spectroscopy (NIR) and "in vivo" digestibility tests. It is the only such test in the world based on individual data. After measuring the nutritional quality and components of feed, it provides nutritional recommendations based on the feed's quality, feed milling processes used and nutritional formula. With the aid of the tool, Adisseo's customers are able to improve formulation and boost animal performance while reducing both costs and their carbon footprints.
Today, it is an online service and customers can obtain their NIR prediction results within seconds upon posting their scans. This allows more accurate raw material sourcing for feed compounders. They can use it to fine-tune their feed formulation matrix in real time, which translates into cost savings.
"In Europe, we used to say that with our system PNE, we can save up to â‚¬8 to â‚¬10 [US$10.47 to US$13.09] per tonne of feed, which is very significant," says Dublanc, although the figure may vary on a case-by-case basis. Without a doubt, high feed costs has made the tool more relevant and boosted interest in using this service.
With the increased use of non-conventional raw materials, such as DDGS, feed formulation are also changing. Given DDGS's highly inconsistent quality, using PNE enables customers to evaluate a DDGS batch's amino acid digestibility. That allows them to readjust feed formulations so as to optimise their use of DDGS.
The road ahead
Over the next two years, Adisseo and its customers have much to look forward to. Not only will it start manufacturing RhodimetÂ® AT 88 at its Nanjing plant and SmartamineÂ® M plant in France, it will also launch several new products.
First, Adisseo will grow the product lines and markets where it operates today with existing products and on existing customer base. Even in the mature markets of Europe and North America, Adisseo has been able to grow its business, owing to the growth of its existing customers. In Europe, improved manufacturing techniques, demand growth and the reinforcement of its technical support team will boost its bottom line.
By leveraging acquisitions, in-house innovations or a combination of both, Adisseo intends to introduce new products, further reinforcing its portfolio. "We plan on a larger parameter, in terms of application of products to the same customer base," explains Dublanc.
As for emerging countries, particularly China and Asia Pacific, Adisseo will accelerate its development with existing and new products. In addition, it will continue to develop its presence in South America, Eastern Europe, the Middle East and Africa.
Interestingly, all these recent successes, market expansions and product rollouts are deeply rooted in Adisseo's past. From its founding 73 years ago, Adisseo has consistently innovated productivity boosting feed additives. And this has always has been done within a framework of strategic marketing, of balancing innovation with sustainability, so as to minimise environmental impact.
"We have been in this industry since 1939 and we are here to stay for the long term, providing better products and services to our customers in the industry," says Dublanc. 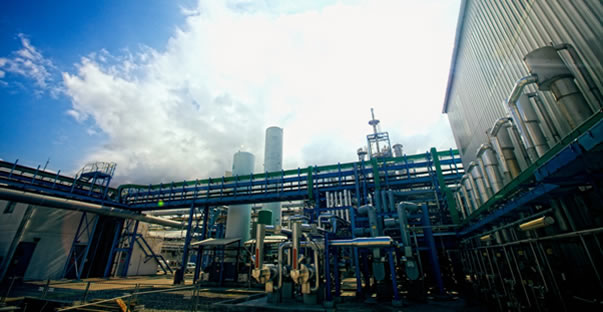 Adisseo's methionine intermediate facility at Les Roches de Condrieu, France
All rights reserved. No part of the report may be reproduced without permission from eFeedLink.
Video >
Technical Paper >
Nutrigenomics in livestock - recent advances
The study of the effects of nutrients on genome functioning, in terms of gene transcription, protein levels, and epigenetic mechanisms, is referred to as nutrigenomics. Nutrigenomi ...
Stability, predictability and bioavailability of trace mineral source in the dairy cattle ration - Insights from animal nutrition research
Selko, the Feed Additives brand of Trouw Nutrition, is sharing research exploring the use of different trace mineral sources, mineral absorption and bioavailability when used in da ...
Nutrient utilization for sustainable beef production
In beef cattle production, requirement of feed to produce kg of beef is higher than other species, so considering more effective nutrient utilization is key for sustainability. Als ...