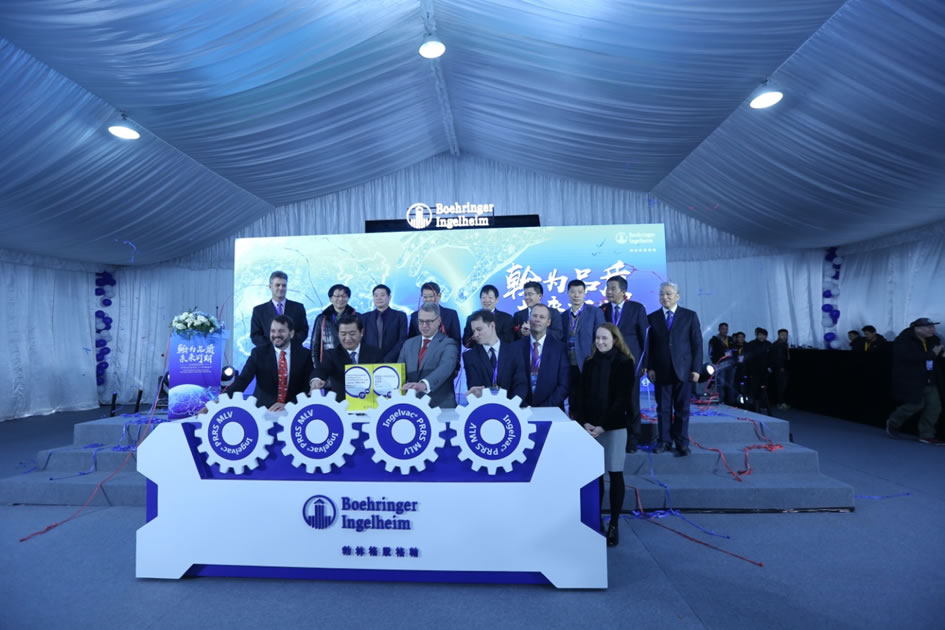 Shifting from imported vaccines to locally-produced vaccines will help significantly shorten the supply chain distance between the vaccine plant and swine farms.

In the past, all swine vaccine products for the China market were imported and manufactured at the Boehringer Ingelheim's plant in the United States. Boehringer Ingelheim began building a world-class veterinary vaccine manufacturing plant in Taizhou in 2013, demonstrating its commitment to being "in China, for China".

The first phase of the plant, with a total investment of 85 million euros, was completed in 2016. The plant's manufacturing facilities, production process, quality control system and staffing meet Good Manufacturing Practice (GMP) standards in the European Union. In December 2017, the Taizhou plant obtained GMP certification from the Ministry of Agriculture of China. The annual production capacity of the Taizhou plant reaches 125 million doses.

In May 2012, the General Office of the State Council released the National Medium- and Long-Term Animal Disease Prevention and Control Plan (2012-2020) which specified the targets for PRRS management, that is, by 2020, all breeding farms in China must meet the eradication standards. To meet these goals, immunisation is one of the necessary methods for disease control and eradication.

Following the localised manufacturing of Ingelvac PRRS MLV, in the next three to four years, the Taizhou plant is expected to provide Chinese customers with more swine vaccines, which are either developed by Boehringer Ingelheim in China or brought to China under technology transfers from its US plant.

"China plays a key role in the Boehringer Ingelheim's animal health business. The investment in the Taizhou plant is one of the major initiatives Boehringer Ingelheim takes to accelerate its localisation strategy in China," shared Dr. Stephan Lange, Head of Animal Health China Mainland, Hongkong, and Taiwan, Boehringer Ingelheim. "The Taizhou plant will be a strategic hub for vaccine production in China. Its official launch and production ramp-up demonstrate our commitment to bringing the entire value chain of R&D, manufacturing and sales in animal health business to China. We hope to become a reliable partner for Chinese producers, and make contribution to improving food safety and securing food supply in China."