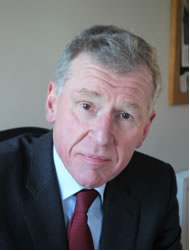 "I'm excited to join ARM & HAMMER at this pivotal time in the company's growth. It's a great opportunity to work with world-class people and differentiated technologies to benefit poultry, pork, dairy and beef producers. The company's focus on the full food chain fits my passion for bringing real value to the animal and food production industry," says Bourne.

Bourne's career spans more than 30 years with agri-food businesses in Europe, Asia and North America. He spent most of his career with Alltech Inc., establishing and developing Alltech businesses throughout all of Asia, was involved in strategic acquisitions, and led the mycotoxin management programme. He was global vice president from 2010 to 2017. In 2018 he founded Bourne Consulting Group Ltd to help agri-food companies and organisations expand markets domestically and internationally.

"Steve's hiring is one example of our ongoing commitment to serve customers with the highest quality people, products and technologies," says Scott Druker, general manager, Arm & Hammer Animal and Food Production. "He is a visionary leader, and his business, management and technical skills are second to none. We're excited about the leadership Steve brings to our team and, most importantly, to our customers."

Bourne will lead the Arm & Hammer Eurasian team from the United Kingdom. He can be reached at +44(0)7990124673 or at Steve.Bourne@churchdwight.com.