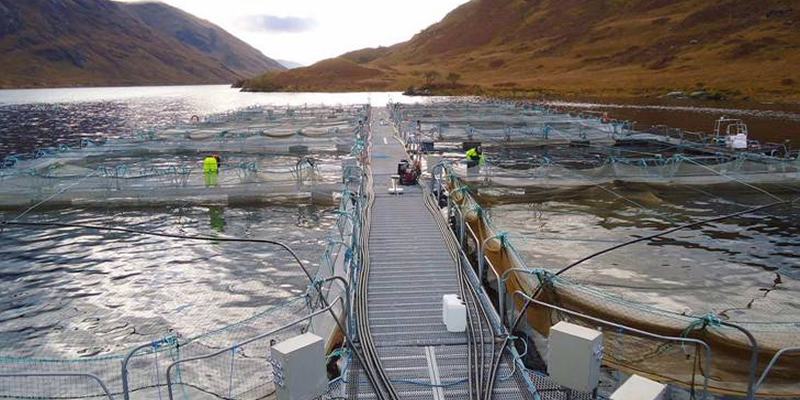 Indre Kvarøy, Norway-based Kvarøy Arctic is moving ahead with several multimillion-dollar projects, despite uncertainties caused by Norway's introduction of a federal 40% tax proposal on aquaculture operations.

1814 Salmon, a new company formed by Kvarøy, Fram Seafood, and investment firm Nyhamn, is building a kr100 million (US$10 million) seafood-processing factory in Eidsvoll, Norway. In development for two years, the new facility is expected to open in June 2023.

The facility will allow Kvarøy to process nearly all of its own salmon in-house, though it will still be using third-party processors for a portion of its production. The company's eventual goal is to conduct 100% of its processing in-house in Norway, according to Knutsen.

"Ideally, one would have wanted the processing out here in Kvarøy, but it is not easy logistics. So the solution was to put the new facility down in the vicinity of the logistics on to the (United States), at Gardermoen," Knutsen said.

Equipment-maker Marel will deliver the technology for the new factory, according to Knutsen, who said around 60 new jobs will be created in Eidsvoll municipality over the next few years as a result of the project.

Kvarøy also recently finished a kr125 million (US$12.5 million) renovation of its salmon hatchery. The expansion doubles its production output to 10 million smolt annually and will reduce the facility's overall energy consumption by up to 50%.

The hatchery has been upgraded with new energy technology and a new water-treatment plant equipped with new steel tanks from AKVA Group, each holding approximately 190,000 liters of water, that optimise oxygen recovery and reduce the hatchery's overall water consumption.

The looming tax increases in Norway are on Kvarøy's radar, but are not prohibiting the company from continuing to invest in growth opportunities, Bushman said.