The challenge of managing piglets' enteric health is becoming increasingly complex. Concerns about human health due to antimicrobial resistance and the effects of metals excreted into the environment are restricting the use of both antibiotics and zinc oxide in animal feed in many production environments. For example, in June 2022 the EU will ban the practice of feeding high levels of ZnO – a long relied on tool for managing piglets' gut health.

Including ZnO in the piglet diet has become a standard practice on many farms because adding high levels – 1,500 to 3,000 mg/kg – of ZnO to piglet feed has been found to improve animal performance and limit post-weaning diarrhea. The inclusion of ZnO helps stabilize intestinal mucosa, support wanted bacteria and inhibit the growth of some pathogenic bacteria. But adding ZnO to the piglet diet at such levels has been linked to concerns about unwanted environmental effects. These concerns are leading to new restrictions on the use of high levels of ZnO.

Interest in exploring alternative ways of supporting piglet post-weaning gut health and growth performance prompted Trouw Nutrition researchers to evaluate the use of water acidifiers both with and without zinc oxide (ZnO).

Two trials examined the use of the water acidifier blend, Selko®-pH. The acidifier is a combination of free and buffered organic acids, that can lower the pH of piglets' drinking water and the pH in the stomach, which helps support digestion.

Findings from the trial showed that providing the water acidifier lowered the feed conversion ratio (FCR) and improved average daily gain (ADG) compared to the use of high levels of ZnO. The change also tended to improve average daily feed intake (ADFI).

The comparison trials conducted included 1,200 pigs that received one of four diets for a three-week period. Piglets were tracked for six weeks post weaning, and food and water access was provided ad libitum during the trial. The diets used included high-dose (2,500mg/kg) zinc (HZ); low-dose (150mg/kg) zinc (LZ); high dose zinc and Selko®-pH (HZ+PH); and low-dose zinc and Selko®-pH (LZ+PH). Inclusion rates of the water acidifier were established by water titration to reach the water pH of 3.8. Animals were tracked for changes in ADG, ADFI, FCR, and final bodyweight.

An interesting observation in the trial was the effect ZnO level had on feed intake across the duration of the study. When comparing ZnO in feed, adding high levels of the trace mineral tended to reduce feed intake. For the first week, ADFI intake was 178g/d compared to 166g/d for low and high levels of zinc inclusion, respectively. Throughout the length of the trial pigs receiving the low zinc diet tended to have a higher ADFI than pigs on the high zinc diet. Similarly, in the first week, swine receiving feed with high zinc and the acidifier had a lower ADFI than pigs on the LZ+PH diet. Pigs receiving the LZ+PH diet tended to have the highest ADFI throughout the 6-week trial. 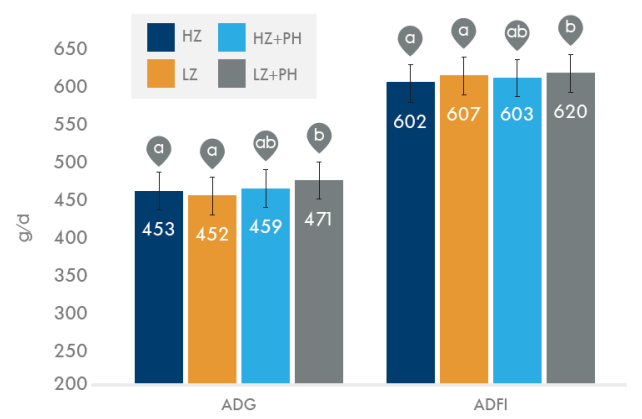 Figure 1 – Pigs receiving diets with low levels of ZnO and Selko®-pH tended to eat more per day (ADFI) and have a higher average daily gain (ADG) than weaned piglets on other diets.

With the exception of the first week, pigs on the high zinc diet tended to have a higher ADG than pigs on the low zinc diet. And by week three, HZ pigs had an ADG of 453g/d while LZ pigs gained 452g/d – a trend that continued through week 6.

Another interesting insight was the effect of water acidification on animal weight gain. Animals receiving either of the diets supplemented with the water acidifier out gained those only receiving the ZnO in their diets. Comparing ADG for pigs on the diets supplemented with the acidifier, pigs on the LZ+PH diet tended to outperform those on the HZ+PH diets at the end of every week – other than week 2 – and throughout the entire trial. 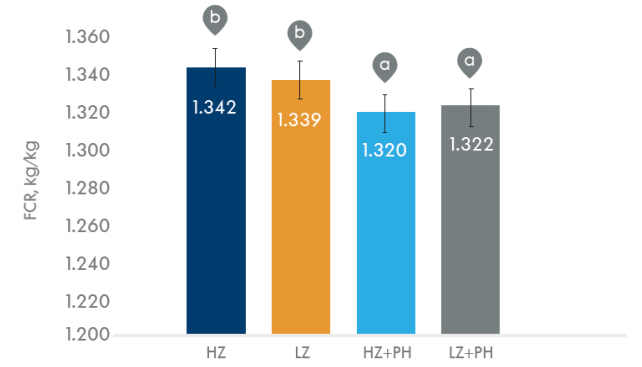 Figure 2 – Adding the acidifier made more of a difference to feed conversion than zinc level in the first six weeks post weaning.

Regarding final body weight, piglets on the HZ diet tended to outperform those on the LZ diet during the 6-week trial. However, both groups of piglets receiving the acidifier outweighed those not receiving it. Of the two groups on diets that included the acidifier, those on the LZ+PH diet were heavier than their HZ counterparts. 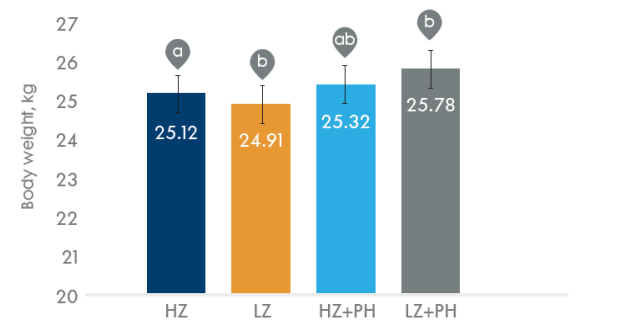 Figure 3 – Piglets receiving a diet with a low level of ZnO, and acidified water were the heaviest at the end of the performance trial.

Mortality is always a concern, and the trial yielded some interesting insights in this area as well. At the end of three weeks, piglets on the HZ diet had the highest mortality rate. Both groups receiving the combination diets saw lower levels of mortality.

Remarking on the findings, Jeanine de Nysschen said "Results from these trials demonstrate that water acidification can be an effective alternative to the long-term practice of feeding high levels of zinc oxide in piglet feed to manage post-weaning diarrhea and improve growth performance."