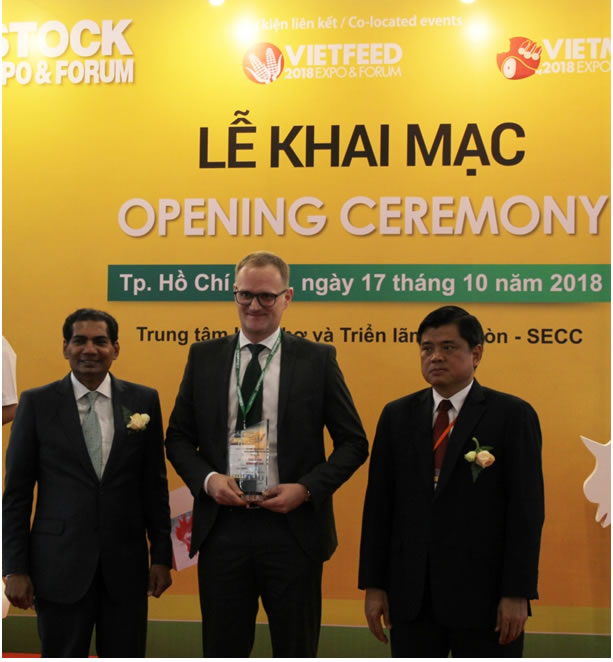 The selection process, which began in August 2018, was said to be very rigorous. Leading committee chairs and professors selected the ten best enterprises for final consideration. As the winner, BIOMIN has demonstrated fulfilment to the following stringent criteria: 1) No violations (sanctions) for quality in 2017; 2) Highest premix feed productivity in Vietnam; 3) Recognised for high quality goods in Vietnam.

Richard Renn, Head of Procurement at ERBER Group, which BIOMIN is a part of, was present to receive the award. He said, "This recognition from the industry as Vietnam's best premix feed producer shows that BIOMIN has attained full qualifications in being a provider of exemplary products. Livestock is a major growth contributor to the Vietnamese economy, and both ERBER Group and BIOMIN are honoured to have had made a positive contribution to the industry."

Phuong Nguyen Quang, Managing Director, BIOMIN Vietnam added, "I thank our valued customers, partners, and my team in Vietnam for their unwavering support and belief in BIOMIN, which have undoubtedly contributed to our rapid growth in Vietnam over the last 20 years. This year marks the 20th anniversary of BIOMIN Vietnam, and the recognition bears out our lifelong dedication in delivering quality products to our customers."