BioMar's acquisition of Alimentsa, which was announced in June, has now been completed, with all the necessary approvals obtained.

The Danish aquaculture feed maker said that Alimentsa officially became part of the BioMar Group on Sept. 13. The acquisition will position BioMar among the leading shrimp feed producers in Latin America.

BioMar Group will take over 70% of the shares representing an investment of US$119 million. BioMar Group estimates that the market will prove to be very attractive with growth rates of 8-12 %.

Alimentsa, established in 1986, is a leading Ecuadorian shrimp feed supplier operating within the Ecuadorian market. Ecuador is one of the top shrimp producers in the world and is the third-largest shrimp exporter to the US as of 2016.

Carlos Diaz, the CEO of BioMar Group, explained the rationale behind the acquisition as a unique possibility to create synergies in regard to development and delivery of high-end products and services to the Ecuadorian shrimp farmers, complementing the existing BioMar footprint in the Latin Americas set by the business unit in Costa Rica. 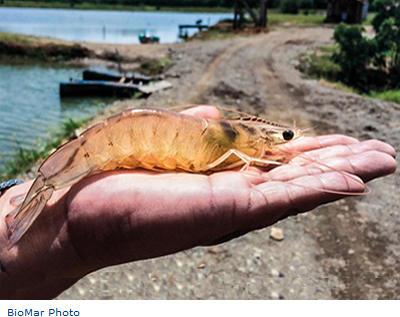 "It is our strong belief that we, through an integration of Alimentsa in BioMar Group, will be able to deliver a new high-end value proposition to the Latin American farmers by merging the highly recognised products and technical services from Alimentsa with our innovative and proven approach to R&D, sustainability and feed efficiency", Diaz said.

"We have in BioMar during recent years built a strong knowledge base within feed for shrimp and we can furthermore contribute with extensive research and experience from other species such as tilapia and marine species", he added.

During the fourth quarter, the different BioMar units will connect with the employees in Ecuador to build the foundation for the future integration of the new business unit.

"We are confident that synergies can be harvested following the acquisition. With Alimentsa as part of BioMar Group, we can immediately deliver an attractive value proposition to shrimp farmers in Ecuador. We believe that in the future, together with the employees in Alimentsa and the customers, we can develop new product solutions based upon our share interest in sustainability, innovation and cooperation with the customers", Diaz said.