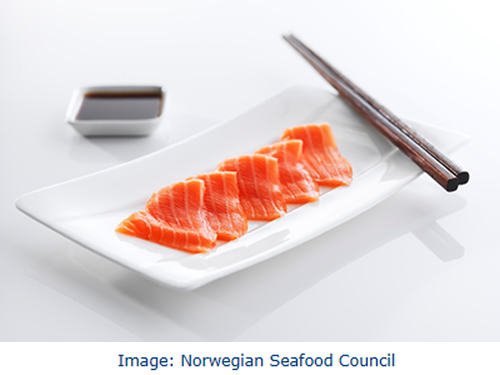 Salmon continues to drive Norway's seafood exports, which totalled 164,000 tonnes of seafood worth NOK7.8 billion (US$864.56 million) in July.

"Growth in the export volume of salmon in July, combined with increased prices, is the main reason why the value of Norwegian seafood exports has remained high during July", said Paul T. Aandahl, seafood analyst with the Norwegian Seafood Council (NSC).

During the first seven months, Norway exported 595,000 tonnes of salmon worth NOK40.3 billion ($4,47 billion). Volume increased by 4%, while export value increased by 7% or NOK2.5 billion from the same period last year.

Poland, France and Denmark were the largest markets for salmon in July.

According to Aandahl, demand for salmon continues to increase, with the largest growth being exports to Asia, mainly driven by improved access to the Chinese market.

"This has led Norwegian exporters to be better able to exploit the potential that exists in this market", he said.