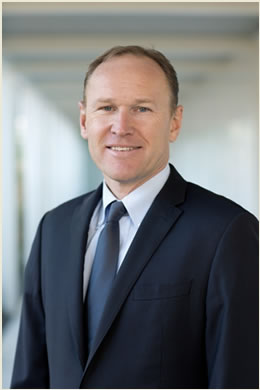 Stefan Scheiber will succeed Calvin Grieder as the CEO of Bühler, effective July 1, 2016.

Calvin Grieder, who has successfully held this office for 15 years, will then focus on his role as chairman of the board.

Scheiber has been working for Bühler since 1988. In the course of his 25-year career with Bühler, he has headed various sales and production organisations in Kenya, South Africa and Germany, living and working some 15 years abroad. In 2005 he was appointed head of the sales and service division, thus becoming a member of the executive board of Bühler. In 2009 he took charge of the food processing division and in 2014 of the entire grains and food business of Bühler.

Calvin Grieder had been holding the position of CEO for 15 years. Grieder has also been acting as chairman of the board of Bühler since 2014 and will retain this position.

The succession planning for Scheiber as CEO of the grains and food business is already in progress.