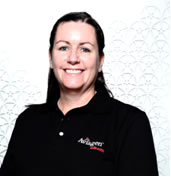 Aviagen has appointed Debbie Fisher as technical service manager of its Australia and New Zealand team.

"Her knowledge of the Ross® 308 and experience in many markets will make a positive impact on our customers and we look forward to her future contribution to our business," said Michael Leahy, managing director of Aviagen Australia and New Zealand.

Fisher commenced her new role on the first of April and brings excellent understanding of the modern broiler breeder and specific expertise in the Ross 308 which she has accumulated over 20 years in Australia and New Zealand.  She also developed a keen sense as a technical service manager of performance and conditions in a number of different markets and environments in Asia.

"From the time Debbie commenced her career in the poultry industry, she continued growing and learning as the company she joined expanded and became a leading poultry producer in New Zealand," Aviagen said.

"Debbie quickly found a home in the industry from her initial job in egg collection and rearing before becoming a farm manager and subsequently promoted to livestock department administrator, followed by health and safety coordinator for all farms, broilers and hatcheries. Her later, more senior roles included livestock and production planner, breeder and broiler service and finally, breeder service manager."

In 2013, with her knowledge of breeders and broilers, Fisher became a valued member of the Aviagen Asia team as a technical service manager and worked specifically with customers in South Korea, Taiwan, Thailand and Philippines. She provided key flock management support and served as the main link between Aviagen and grandparent and parent stock customer companies in her territory.

"I am pleased to join the Aviagen ANZ team supporting and working with parent stock customers in the region. I welcome the opportunity to utilise my understanding of the companies I have known during my time in the industry and look forward to living in the region, closer to the customer locations I will support," Fisher said.