US regulator clears way for production of GE salmon

In the near future, consumers in the US may get to buy and eat the country's first genetically engineered animal approved by regulators for human consumption-the AquAdvantage Salmon.

The US Food and Drug Administration (FDA) has finally approved the importation of eggs needed to produce the GE salmon, paving the way for its production by AquaBounty Technologies in its facility in Indiana.

It will be recalled that the FDA approved the application of AquaBounty to farm the GE AquAdvantage Salmon at a land-based, contained facility near Albany, Indiana, almost a year ago in April 2018. However, AquaBounty could not import the needed salmon eggs pending the publication of the final rules regarding product labelling, as required by the Appropriations Act.

As it announced the lifting of the alert raised against the importation of salmon eggs on Friday, March 8, the FDA noted that the product labelling issue was resolved with the US Department of Agriculture's issuance of a final regulation in late 2018, which will require companies to disclose when a food is bioengineered. Implementation of the regulation starts in 2020, according to an Associated Press report. 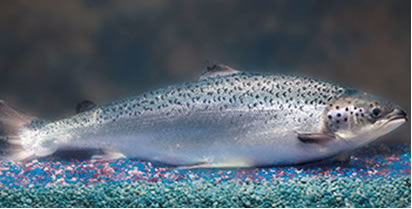