Pangasius prices continues to trend upward despite an estimated 7-8% increase in global production in 2018. The prices' upward trend has in fact been the major feature of the market since mid-2017, according to GLOBEFISH, FAO's fish-trade site.

The strong demand from China and other Asian markets, particularly the ASEAN bloc, has been a great factor in the escalating prices. This pushed global prices to record levels, with pangasius fillets out of Vietnam selling at US$3.35 per kg (FOB Ho Chi Minh City) as of October 2018, almost 30% above the same month in 2017.

Higher prices were prevalent despite the anti-dumping duties and stricter inspection procedures that have hindered US pangasius imports in recent years and the long-lasting impact of negative media coverage that had the same effect in the EU market.

According to GLOBEFISH, rapid growth in pangasius trade with China is helped by Vietnam's significant trade links with the neighboring country and the fact that Chinese importers are generally less stringent in terms of product requirements than the US and EU buyers.

Sales to ASEAN countries are also on the rise as can be gleaned from the 37.7% increase in export value in the first half of 2018 compared with the same period in 2017, led by Thailand, Singapore and the Philippines.

The United Arab Emirates is another notable growth market, registering a 130% increase to $27 million.

Bad publicity in the EU has taken a toll on Vietnamese pangasius as imports of the fish continue a decade-long downward trend. In the first half of 2018, volume decreased 13% to 35,600 tonnes compared with the same period in 2017. Despite the negative media coverage, around 98% of the pangasius absorbed by the EU market is produced in Vietnam.

Vietnam is by far the dominant exporter of pangasius, but the outlook over the next two years in terms of output sees flat or minimal growth. This will, however, be offset to some extent by growth in other producing countries such as India.

"The relative lack of Vietnamese supply combined with the pace of growth in China and the ASEAN region is likely to maintain prices at a relatively high level for the foreseeable future", GLOBEFISH says. 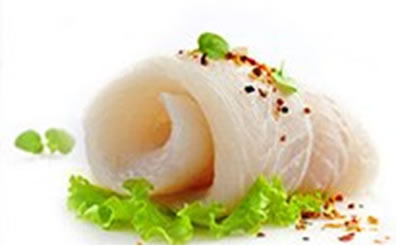