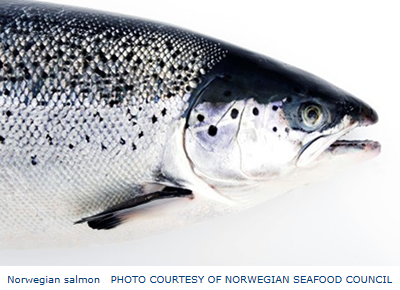 Norway's seafood exports last year broke records as volumes shipped out last year reached an all-time high of 2.7 million tonnes worth a new record of NOK 99 billion (US$11.6 billion), up 4% and 5% (or NOK4.6 billion), respectively, compared with 2017.

"Although we did not pass the magical NOK100 billion marker, this has been another good year for Norwegian seafood exports. In summary, records were broken for Norwegian seafood, both in terms of export value and export volume in 2018", said Renate Larsen, CEO of the Norwegian Seafood Council (NSC).

She said these were achieved despite Brexit, the threat of trade wars and other challenges that "have together created unpredictability in the world market".

Over the past 10 years, the value of Norwegian seafood exports has increased by 156%, the NSC noted.

For example, 84% of salmon, which is the most important species for Norwegian seafood exports, is exported as unprocessed product, with only 16% processed before export. Also, the proportion of raw cod material processed - salted, dried or filleted - before leaving the country has declined in recent years to nearly 58%.

Salmon had the largest share of any species both in terms of export volume and export value. Norway exported 1.1 million tonnes of salmon worth NOK67.8 billion ($7.946 billion) in 2018. This is a volume increase of 5% and a value increase also of 5% or NOK3.2 billion from 2017.

Poland was the largest growth market in 2018, with exports increasing from NOK1.1 billion to NOK 8.8 billion.

Norway exported last year 46,400 tonnes of trout, the country's second-most significant exported farmed species, worth NOK3 billion ($351.6 million). This is an increase of 16% in volume and 5% or NOK127 million in value compared with 2017.

"The volume growth of 16 percent for trout exports is the result of normalisation following low export volumes in 2017", explained Aandahl.

King crab is the second-largest species in the shellfish category with exports reaching 2,000 tonnes worth NOK579 million ($67.85 million) in 2018. Export volume increased 8%, while export value increased 15% or by NOK74 million compared with 2017. --Rick Alberto