Bill Scrimgeour, chief executive officer, has retired and Rob Sheffer, president, has been promoted to the role of president and CEO 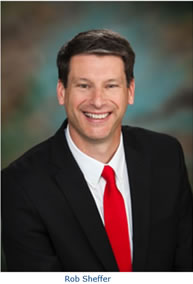 Scrimgeour joined Zinpro in 1995 and at that time was responsible for creating, implementing, influencing and growing the international reach of the organization. Under his leadership the company expanded into 70 countries and dramatically increased global footprint and sales. In addition to growing the business internationally, he was instrumental in the overall growth of the company and its new product ventures, as well as creating a strong corporate culture.

In 2008 Scrimgeour was promoted to chief operating officer, a position he served in for almost 10 years, in this role he was responsible for overseeing all company departments and managing the day-to-day operations of the business. In 2017, Scrimgeour was promoted to president and CEO, a role where he focused on creating the leadership team of the future and preparing the company for additional and increased global expansion and growth.

"I have been blessed to work for Zinpro for the past 25 years," commented Scrimgeour. "As I reflect on all that has been accomplished since I started in 1995, I am humbled. I will certainly miss all of the great people at Zinpro and I can't wait to see all that they accomplish in the future."

Effective January 1, 2020, Rob Sheffer has been promoted to president and CEO of Zinpro Corporation. In his new role Sheffer will be tasked with overall management and leadership of the organization. Sheffer joined Zinpro Corporation as chief operating officer in June 2017, after having served in many leadership roles during more than 25 years working in the global animal nutrition business.

"I look forward to leading the next generation of Zinpro Corporation," said Sheffer. "Because of Bill's previous leadership, accomplishments and mentoring, I am positioned to lead the organization to growth in new markets and geographies, while driving new product innovation and continuing to build a world-class organization focused on improving animal wellness and performance."

Zinpro is committed to delivering the people, products and educational tools needed to help customers improve animal performance and wellness and the profitability of their operations. To learn more, visithttps://www.zinpro.com/about-us.